This past weekend saw Jennifer Lawrence re-team with her Hungers Games: Catching Fire and Mockingjay director Francis Lawrence, for the dark, espionage thriller, Red Sparrow. The film (based on the 2013 novel by Jason Matthwes) stars Lawrence as Dominika Egorova, a famous ballerina whose crippling injury forces her into the services of her Uncle Ivan, a prominent officer in Russian intelligence. That service molds Dominika into a "Sparrow," a deep-cover agent of a seduction and manipulation that the Russians use for covert operations.

With a premise like that, it's not surprising that movie fans saw the first trailers for Red Sparrow and immediately made a connection between Francis Lawrence's film, Marvel Studios' plans for a Black Widow movie. Now that Red Sparrow is out, one has to wonder: Will the reaction to the film influence how Marvel approaches a Black Widow movie?

Let's break it down 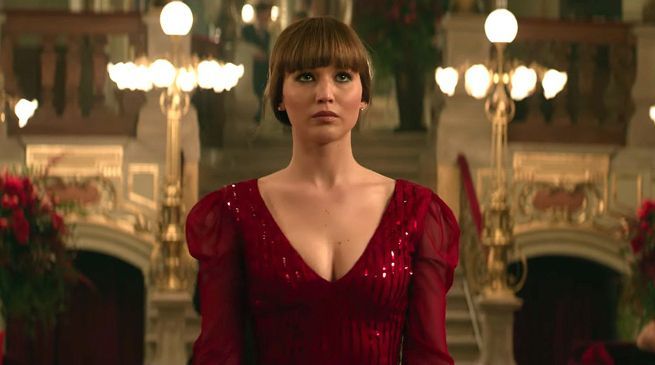 Before we get into if Red Sparrow will have any effect on a Black Widow movie, we should discuss if it even should. That's a discussion about Red Sparrow's potential in the first place and how that potential compares to its ultimate reception at the box office.

In terms of potential, Red Sparrow had many of the same things going for it as a Black Widow movie would:

The one major difference would of course be that Black Widow has already established its lead character as a fan-favorite who's gone through lots of development, over the course of ten years of Marvel Studios movies. That's an indisputable foundation for a movie to build on - one that Red Sparrow never had.

In term of reception: Red Sparrow landed squarely in the middle with critics, scoring a 53% on Metacritic and 49% on Rotten Tomatoes, with the RT audience score landing at 56%. That's a pretty good consensus, and it lays out a clear picture: Red Sparrow is just an okay realization of a female-led espionage thriller.

With a $44 million opening week haul (on a $69 million) budget, the film has potential to walk away with some respectable earnings - no doubt in large part due to Jennifer Lawrence's star power. However it's just as clear from these reactions (critical and audience) that the movie has flaws - ones that Marvel would do well to remember.

If you read over the criticisms of Red Sparrow, there are some pretty big correlations between them. The biggest ones are these:

There's even some question raised by the fact that two of the big female-led espionage films of the last year (Atomic Blonde and Red Sparrow) have both been pegged with such criticisms. So is the female spy genre dead? Should Marvel move on to a more viable film project? Hardly.

Just because films like Atomic Blonde, Red Sparrow or Black Widow all have the same basic premise, it doesn't at all make them equals. As stated, Scarlett Johansson's Black Widow is a character who has built herself a loyal fan following ever since appearing in Iron Man 2 (2011); more to the point, a Black Widow movie has something going for it none of these other projects did: Marvel-brand action and adventure.

Both Atomic Blonde and Red Sparrow get bogged down in stylistic designs and character drama, with the latter offering almost zero in terms of an action counterbalance. Sparrow is also hopelessly humorless, which is strange choice in a story of a woman using flirtation or sexuality to manipulate others. Plenty of room in that for some jokes (both smart and raunchy), and Marvel has certainly learned how to make that humor work, no matter what film it is. In the hands of a talented female director, the wit, humor, and social commentary behind the Black Widwo program (and its metaphorical resonance in the #TimesUp era could run deep.

In terms of excitement, Black Widow would be bolstered by some signature Marvel Cinematic Universe action, which would definitely thrill fans and put butts in theater seats. The fact that it would Scarlett Johansson kick ass and taking names would (literally) be a more attractive "sell." If Marvel wants to go right where similar recent films went wrong, keeping momentum behind some serious spy action and twists is the way to do it.

Here's the big question that may actually make a difference in Marvel Studios' plans: what kind of rating should Black Widow shoot for?

Both Atomic Blonde and Red Sparrow were Rated-R movies. Both films kind of had to be, as the level of violence and sexuality were way too high for PG-13. While Marvel Studios hasn't yet created a division of more adult-themed films (still waiting on that "Marvel Max Cinematic Universe announcement, Kevin Feige...), it seems that Black Widow going for PG-13 would a disservice to the subject matter (even with that line-pushing Dark Knight PG-13 style).

The fact of the matter is that Marvel may have painted itself into a corner on this one. Thanks to Avengers 1 & 2 and the Agent Carter series, we already know the very dark, dehumanizing process of the MCU's Black Widow program. We've seen the horrible treatment of the young girls in the program, the nightmarish sexual subjugation that goes with it (sterilizing) and the unflinching violence of the Widows that graduate the program (see: Agent Carter's Dottie Underwood). In Natasha Romanoff's own confession, her past contains quite a bit of "red in the ledger." Taking that all into account, it would be hard for a Black Widow movie to show all that red, while being restricted about how much red it can show at all.

So, ultimately, Marvel would have to take some of the same risks that Atomic Blonde and Red Sparrow did with their ratings, but with some key tweaks in approach, the payoff would be so much larger.

Do you want to see Marvel's Black Widow movie made? Or have films like Atomic Blonde and Red Sparrow killed your interest? Would Black Widow have to be rated "R?" Let us know in the comments!