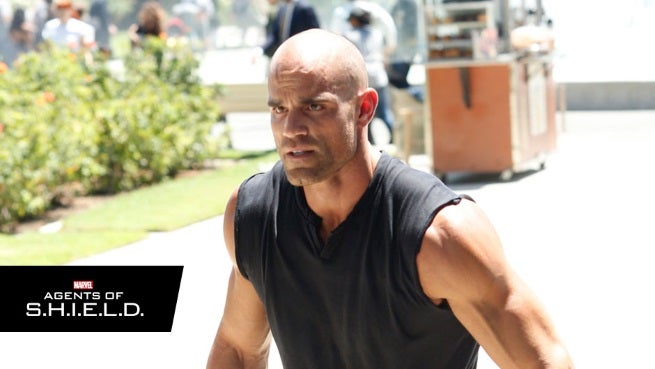 Brian Patrick Wade has been cast as The Absorbing Man, Crusher Creel, in the second season of Marvel's Agents Of S.H.I.E.L.D., according to Marvel.com. Creel will make his debut in the Season 2 premiere, airing September 23 on ABC. 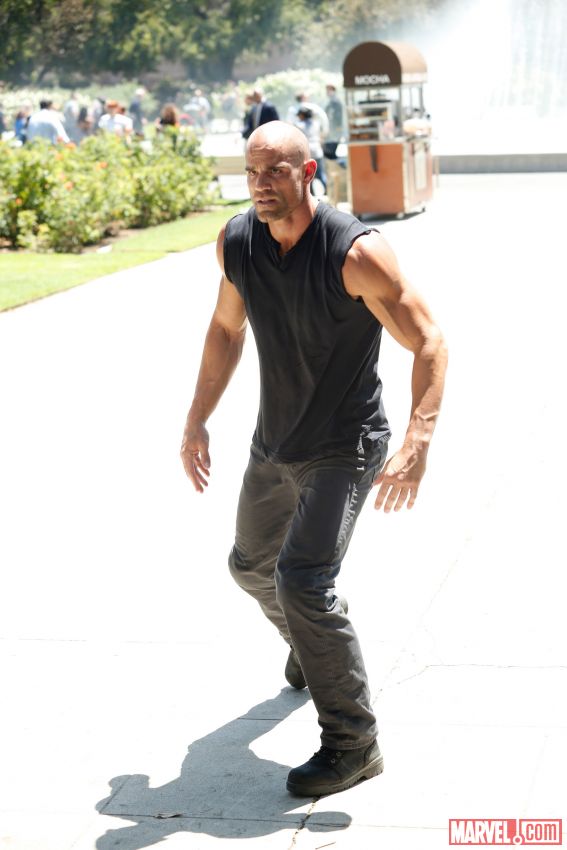 From the comics, Carl "Crusher' Creel was a common criminal until Loki made him a pawn in his battles against Thor by granting him the ability to absorb the properties of any substance he touches. Since then, he has been a member of the Master of Evil and allied with The Wrecking Crew.

(Small potential SPOILER warning for the remainder of this article.)

While unconfirmed, the official photo of Wade as Absorbing Man looks very similar to a person seen in an unofficial video filmed from the set of Agents of S.H.I.E.L.D. That actor - or, it would appear, his stunt double - was also seen with an arm colored with the familiar blue hue of the alien that was used to produce the GH 325 that saved Skye and Coulson's lives. Many speculated that the character himself was one of the blue aliens, but it would seem now that it is an effect related to Absrobing Man's absorption ability.

It doesn't rule out having something to do with said alien - perhaps it's the result of touching and absorbing Coulson or Skye - but it opens up a lot of other possibilities.

Brian Patrick Wade Cast As The Absorbing Man On Agents Of S.H.I.E.L.D. Season 2