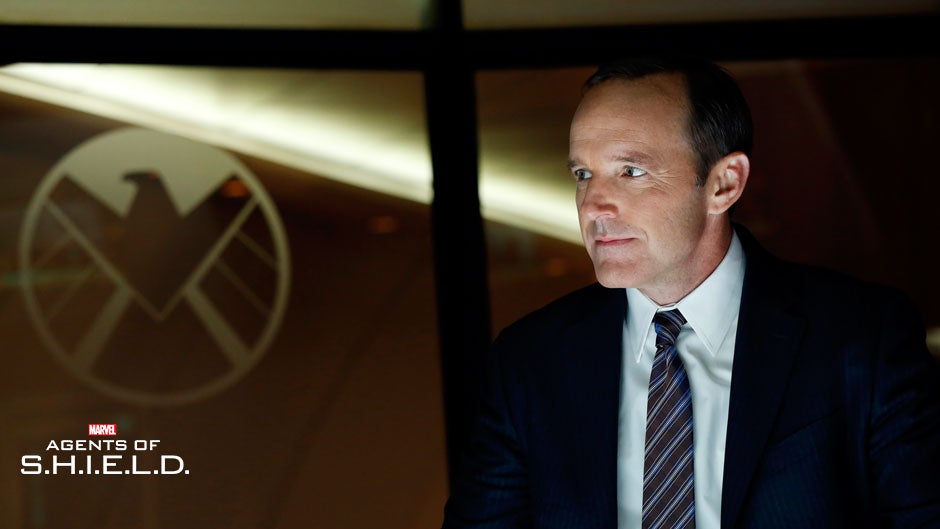 Actor Clark Gregg, who plays S.H.I.E.L.D. Agent Phil Coulson in the Marvel Cinematic Universe and Marvel's Agents of S.H.I.E.L.D., appeared on KCRW's Guest DJ Project last week and shared a playlist, as well as some thoughts on each song, with the popular podcast.

For his Guest DJ Project set on public radio station KCRW, he took fans on a sonic trip through his life and even revealed one of the tracks on a secret playlist he uses to prepare for dramatic scenes.

On Radiohead's "Go To Sleep":

"I find that when I have powerful or emotional scenes, that really the kind of doorway into that stuff is a playlist," Gregg said on Radiohead's "Go to Sleep." "And I have one called 'Dropping In' on my phone that I have to get some headphones that really fill my ears and blast some stuff, but there's a really eclectic mix.

"When we were shooting The Avengers and poor Coulson was being killed off, I was such a blubbering mess. Joss Whedon came over and he said, 'I got to know what's on that playlist,' and I said 'sorry, it's completely confidential.'"

Clark dropped out of college to follow his love of ska to New York City, where he then became fan of hip hop while hanging with the Beastie Boys on the bar scene. His full list of songs are below and you can stream/download the 10-minute show -- and KCRW's resident comic expert Eric J Lawrence shares his fandom -- here.

1. Parliament-Funkadelic - Give Up the Funk (Tear the Roof Off the Sucker)
2. The Specials - Concrete Jungle
3. Public Enemy - Caught, Can We Get A Witness
4. Radiohead - Go To Sleep
5. Frank Ocean - We All Try

Gregg directed the new film Trust Me, out now. Agents of S.H.I.E.L.D. returns in the fall.