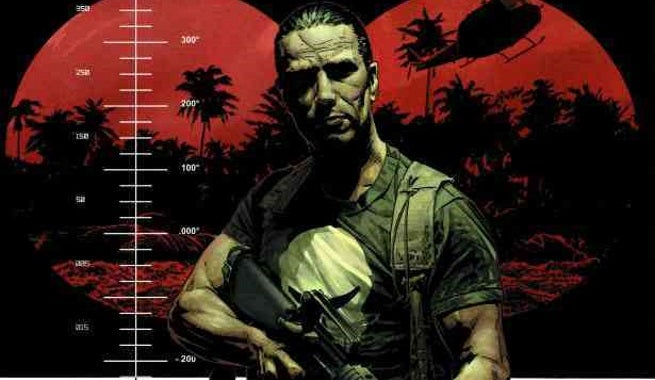 Daredevil is still a week and a half away from release and showrunner Steven S. DeKnight is already thinking about what other Marvel characters would fit into dark, Netflix corner of the Marvel Cinematic Universe.

Turns out Frank Castle, the Punisher, is on top of that list. DeKnight thinks a Punisher television series, with an R-rated tone, is something that could work well on Netlfix.

"I've been a huge fan of the Punisher comics for years," DeKnight tells SciFiNow."I'd love to see him get his due on a platform like this. Nothing would delight me more than to see the Punisher get his own show and maybe we could convince Marvel to go Hard-R rating. If any character deserves an R rating, it's the Punisher."

There have been previous attempts to bring the Punisher to live action. Dolph Lundgren starred in the 1989 The Punisher movie, and Thomas Jane took up the role in 2004's The Punisher and 2008's Punisher: War Zone. The films didn't achieve the success the studios involved with them had hoped for, and they allowed the film rights to revert back to Marvel. That means that if Marvel thinks this is as good an idea as DeKnight does, it's a possibility.