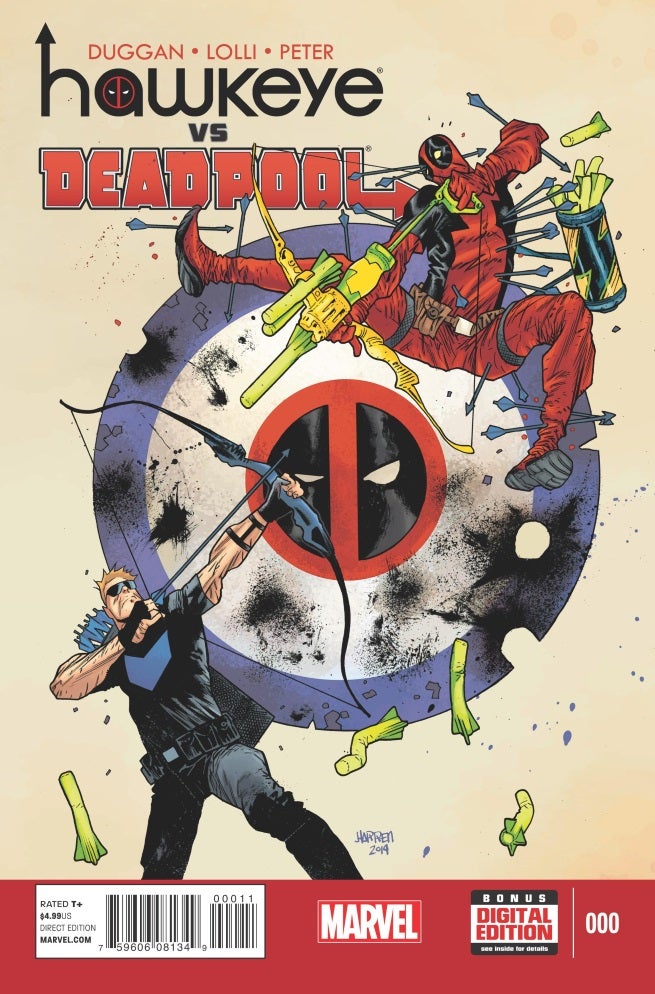 Marvel Comics has provided ComicBook.com with an exclusive preview of Hawkeye vs. Deadpool #0, written by Gerry Duggan with art by Matteo Lolli.

The four-issue Hawkeye vs. Deadpool miniseries takes place on Halloween, and has the Merc with a Mouth visiting Hawkeye's home turf of Brooklyn. When some villains decide to dress up as heroes, hilarity ensues.

Once upon a time, champions emerged to fight evil plaguing humanity. They fought for salvation, for all that is good in the world -- and they won. They were kind, generous and self-sacrificing. They were heroes.

These are not those heroes. 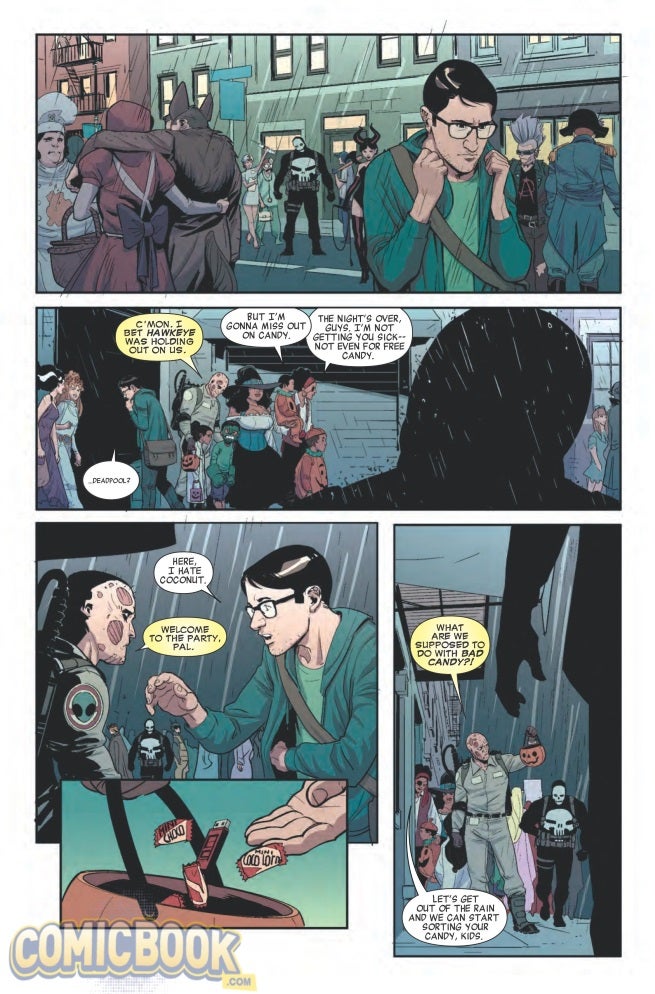 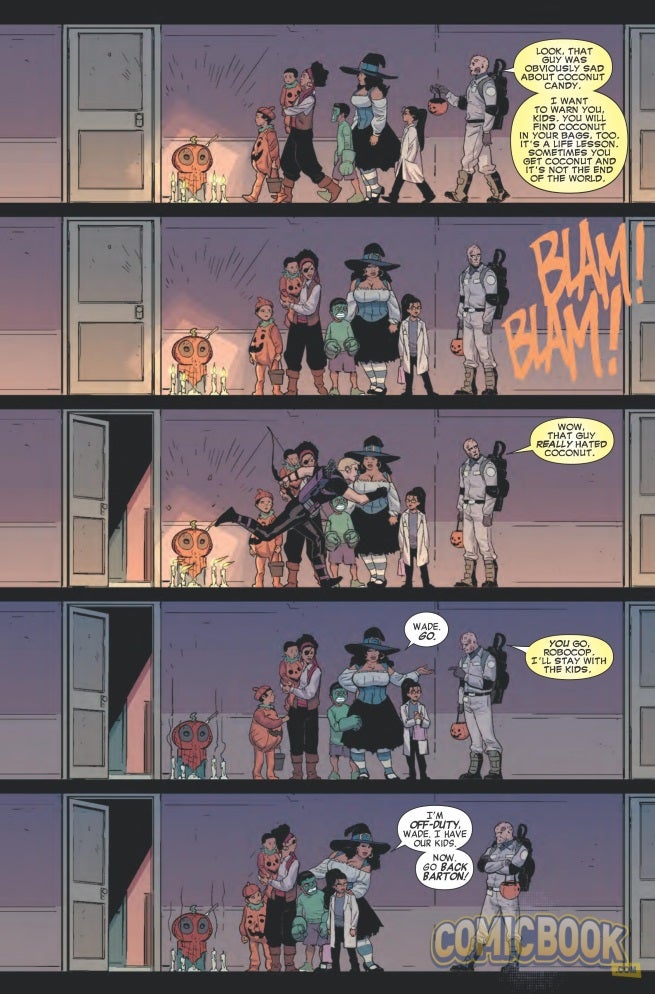 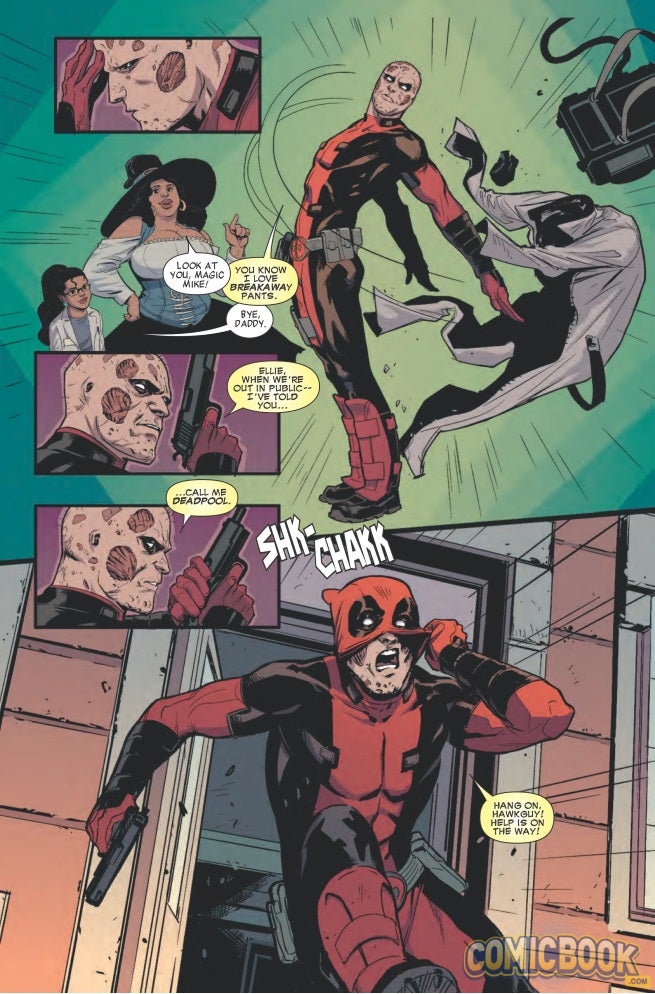 Meet Hawkeye: Ladies man ("ladies man" because the ladies love to hate this man), crossbow crusader and, most importantly, Avenger. He's the only guy on the team without any powers, though, so cut him a little slack.

Then there's Deadpool (MR. Deadpool to you, skippy) -- the regeneratin' degenerate. You can shoot him, stab him, and make with the punchy-punchy right in his face, but nothing can keep the Merc with a Mouth down.

What do they have in common? Halloween and a S.H.I.E.L.D. espionage mystery that has the both heroes racing against the clock while outshining one another. It's a Hawkeye & Deadpool comic 75 years in the making, give or take 75 years.