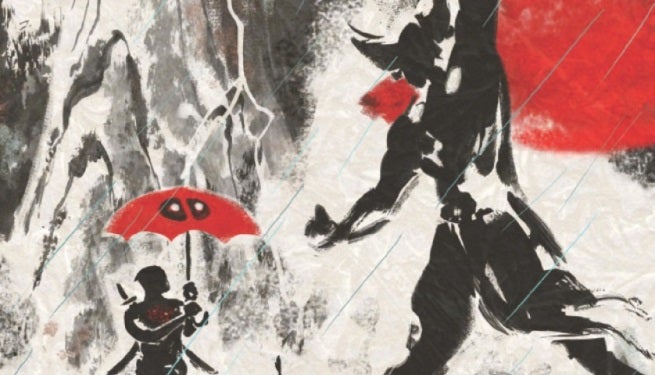 Marvel Comics has provided ComicBook.com with an exclusive preview of Deadpool's Art of War #2, from writer Peter David and artist Scott Koblish.

Deadpool's war gets a little out of hand when Loki begins his conquest and places the Merc with a Mouth in the dungeon. It's probably a good thing that Wade stole all of those secrets of war.

• Deadpool's war is well under way...and out of his control!
• Loki has the conquest of Earth in his sights...and the 'Pool in his dungeon!
• Fortunately, DP knows the secrets of war, right? RIGHT?!
Parental Advisory