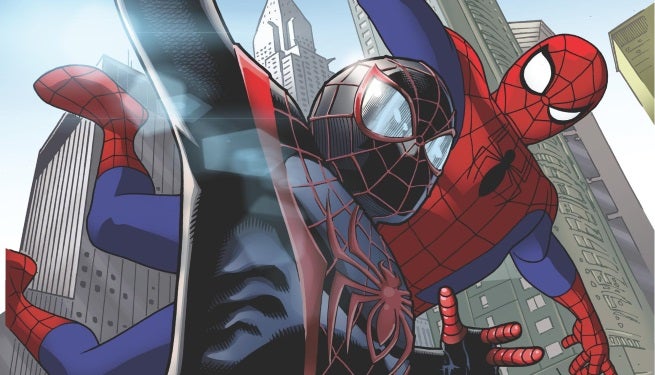 Marvel Comics has provided ComicBook.com with an exclusive preview of Spider-Verse Team-Up #2, featuring two stories of Spider-Men from across the multiverse joining forces.

The second story is by writer Gerry Conway and artist Steven Sanders, and sees Spider-Gwen trying to recruit a Peter Parker who never got over Gwen Stacy's death, and became the villainous Goblin.

Check it out below. The issue goes on sale December 10.