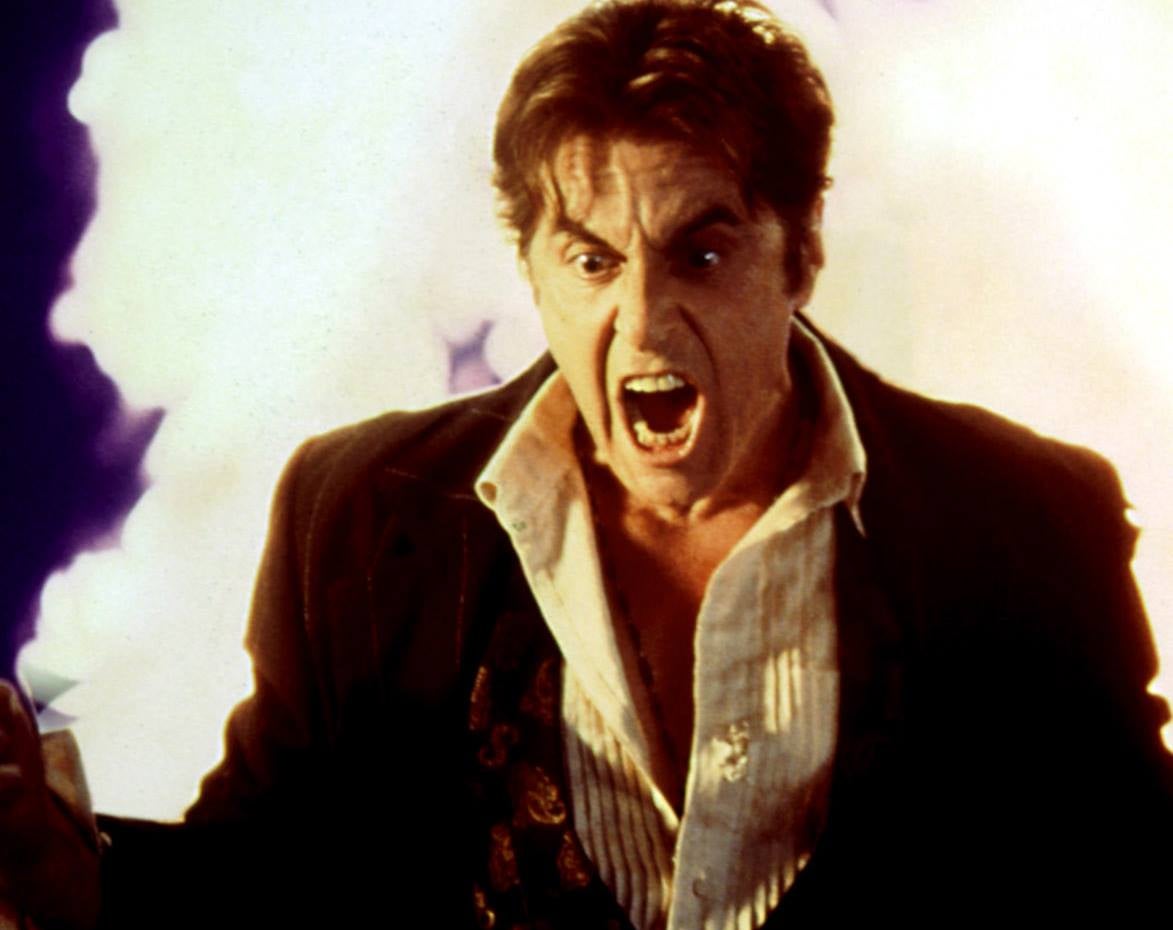 Now that iconic actor Al Pacino has admitted he's had conversations with Marvel Studios about a role, we have to wonder: who might they be thinking about him for?

The Godfather actor became an instant favorite for a part in a Marvel movie this summer after lavishly praising Guardians of the Galaxy during a red carpet interview at a film festival.

The feeling was mutual, of course; Guardians director James Gunn at the time expressed that Pacino was a hero of his and that he'd love to work with him down the road.

While it's not clear whether his meeting with Marvel has anything to do with Gunn's film, we did quiz Gunn about the prospect of building a part around the actor, like he did for Michael Rooker in the first film, and Gunn said that he probably couldn't because of how far along Guardians 2 is in his head and how much he needs to achieve with it.

"I'm a huge, huge Al Pacino fan and I would love to find a way to work with him, whether it was in a Guardians movie or something else," Gunn told us. "The truth is that the next Guardians film, I've had so much of it worked out for a long time that I'm not sure there is a role to write there for Al Pacino, or for anybody else in particular. But yeah, of course, I always have those guys who I admire and I look up to and I'm always excited to write a role for them."

So...who might he be playing, in Guardians or otherwise? Usually it's a while before we can throw together a speculation piece for something like this, but our Facebook page erupted with good ideas, so we're going to take some inspiration from you, the readers.

This is probably the most obvious one...but at the same time the one we can say the least about. Is he an ideal choice for the role? Who knows?! James Gunn has been open about the fact that he doesn't plan to use Peter Quill's father from the comics, so the only things we really know about him is that his race is very ancient, non-human and likely quite powerful since being half whatever-it-is allowed Quill to hold an Infinity Stone; that he hired the Ravagers to retrieve his son; and that he's an a-hole. 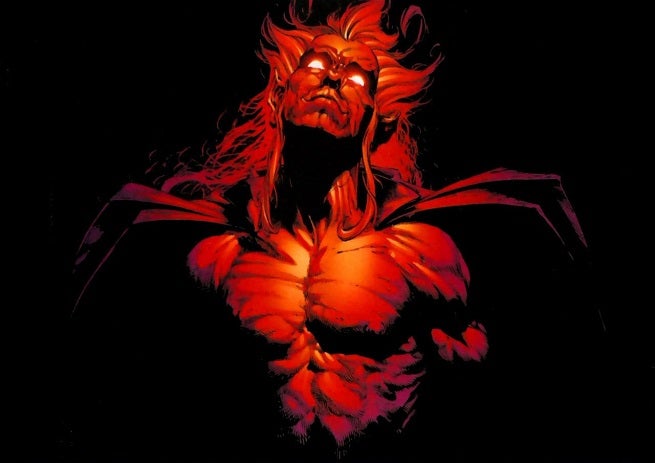 Mephisto's most notorious deals were with Ghost Rider -- who's probably unlikely to show up right away, given his two recent cinematic failures -- and Spider-Man, who resides at Sony Pictures rather than Marvel Studios.

Still, it's hard to do a list like this and not think of him, and it's an idea that reader Jonny Bazzell got a lot of you excited with.

At least one other reader pointed out that Pacino has played a...very similar...character before, in The Devil's Advocate with Keanu Reeves. 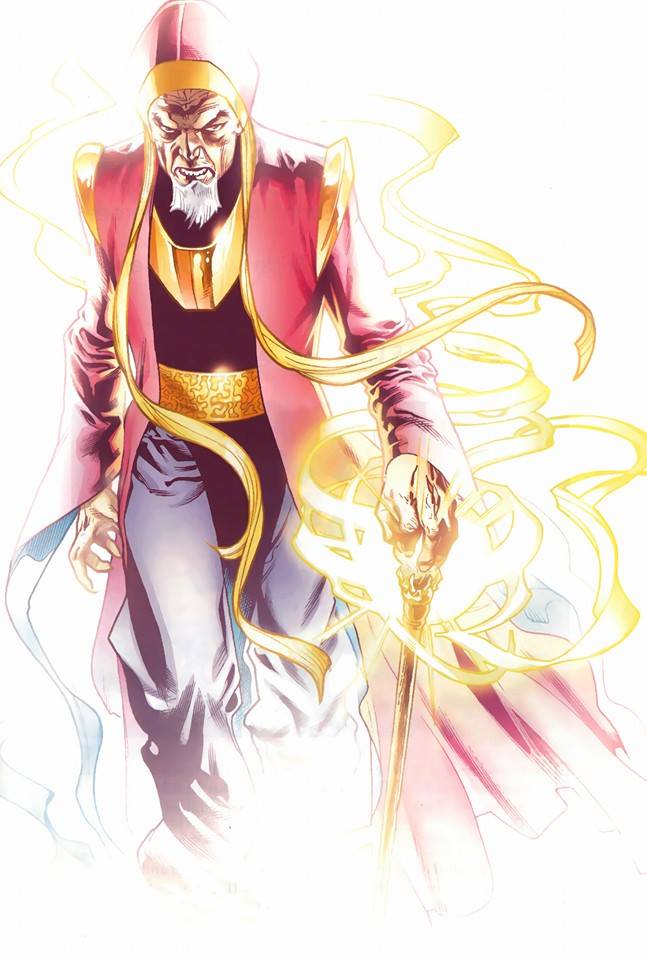 As the mentor of Doctor Strange, this one might be the farthest Pacino gets from Guardians of the Galaxy on this list, since The Ancient One would be unlikely to recur outside of Doctor Strange and its solo sequels.

That said, he's a hugely important part of Marvel lore and he's an imposing presence even though he doesn't physically tower over those in his vicinity. That's probably not a bad fit for an actor legendary for his screen presence but not likely to stack up physically onscreen next to Chris Pratt and Chris Hemsworth. 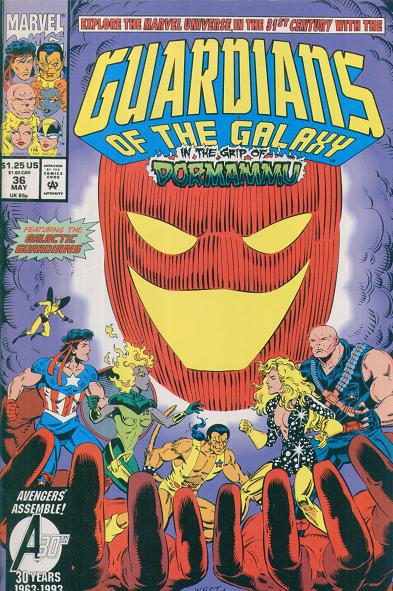 Long rumored to be a candidate as one of the villains in the upcoming Doctor Strange, Dormammu has a lot of the same stuff going for him that Mephisto. He's evil, he's powerful, he's theatrical.

He's also got a very movie-friendly look, with the flaming face, the ghoulish smile and the rest of him being generally less like a traditional Satan.

If there's a downside to this one, honestly, it's that you generally want somebody like Al Pacino to be recognizable when you spend the money to hire them -- but by the same token, Pacino's voice is distinctive enough to make it pretty obvious he's him -- and if you had him just do the voice and let somebody else do the actual physical acting a la Groot or Rocket, Dormammu could have a lot more in the way of action scenes than you'd likely get out of Pacino. 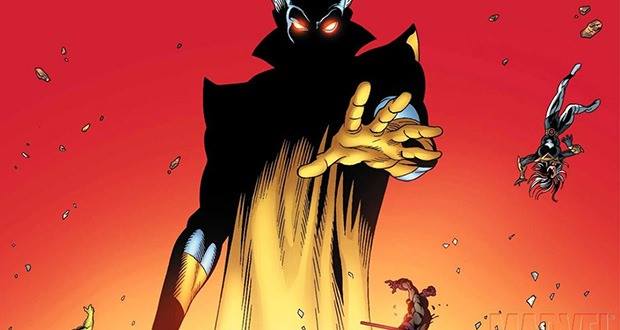 One of the Elders of the Universe, he can be quite serious, but The Grandmaster has spent much of his long life in pursuit of amusement through the playing of games. Says the Marvel Wiki, "He has traveled throughout the known universe studying many civilizations' forms of games and play to the point of mastering them. He then began to devise his own types of tournaments and contests, challenging various opponents to games of skill and chance for high stakes."

This is the kind of character who can easily be manipulated to be a dark, dangerous character with a cutting sense of humor. Seems kind of perfect for Pacino, actually...!