Earlier this summer, the Marvel Cinematic Universe welcomed another installment to its canon thanks to James Gunn. The director ushered in the sequel to Guardians of the Galaxy, and the intergalactic film has drawn in millions to theaters worldwide. With the film having premiered internationally, Gunn has started taking to social media to answer fan questions about Guardians of the Galaxy, and the tech-savvy director has gone so far as to make vague nods to Guardians of the Galaxy 3. While much of the project remains secret, Gunn has dished a few teasers about the film online, and one of director's recent ones has fans thinking new heroes may join Star-Lord's squad in the future.

Taking to Facebook, Gunn has been on top of things when it comes to answering fan questions. When one of his followers asked the director if Guardians of the Galaxy 3 would still see Peter Quill be the only human, Gun had this to say:

"Human characters are no longer out of consideration."

Of course, fans have taken Gunn's words and gone on a speculation spree about which Marvel heroes could appear in Guardians of the Galaxy 3. In the top spot, fans are hoping that Richard Rider will get a chance to join the MCU. Gunn has previously said he was hesitant to bring Nova into the series, but the director seems to have changed his tune as of late.

If you are not familiar with Richard Rider's Nova, then you can catch up on the character with a bit of studying. The hero's origins come after the destruction of Xander in the comics. Following the ordeal, a Nova Corps centurion Rhomann Dey escapes to Earth as the planet is the next on the space pirate Zorr's hit list. Dying from his wounds on the planet, Dey gives his helmet to Rider and kicks off the teenager's career as s superhero. Rider begins his work by taking on low-level criminals, but the soldier eventually helps Xander's remaining Nova Corps take on bigger baddies like the Skrulls.

There is reason to hope that Rider's origin could be set up for Guardians of the Galaxy 3. Currently, Xander is being eyed by one of the MCU's biggest baddies since the planet is housing a powerful Infinity Stone. With Thanos determined to collect the item, the Mad Titan could very well bring destruction to Xander, prompting a lone Nova centurion to fly to Earth in a bid to stop the villain.

So, what do you think? Would you be excited to see another human hero join Star-Lord in Guardians of the Galaxy 3? Hit us up on Twitter @ComicBook to let us know! 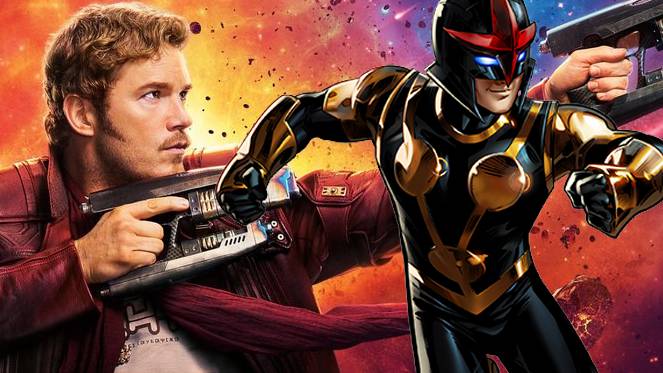 Guardians Of The Galaxy 3 May Feature Earth-Based Heroes