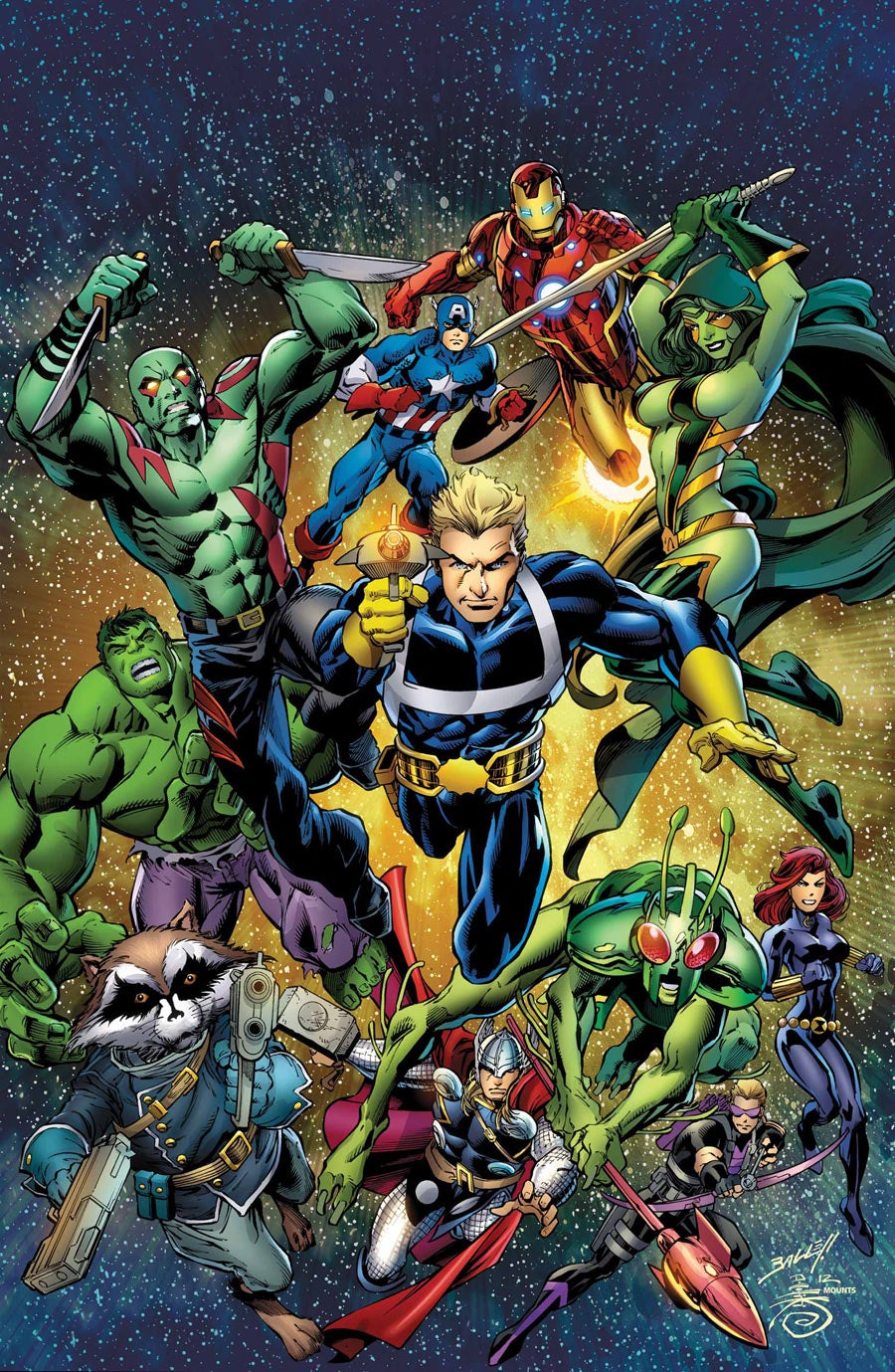 With Guardians of the Galaxy set to dominate the box office this weekend and critical acclaim nearly unanimous, a sequel wouldn't be a surprise even if it hadn't already been announced.

The next question, though, is whether Guardians 2 will be the next time we see the team, or whether they might pop up in another Marvel movie along the way.

Also, when do we get to see them trading blows with the Avengers?

"We talked about all sorts of possibilities [for a crossover] and I kind of know what the basic plan is," director James Gunn told Yahoo Movies. "That could or could not include a couple of Avengers and a couple of Guardians meeting up, or all of the Avengers and all of the Guardians. But we do inhabit the same universe and they're pretty big personalities that are likely to, at some point or another, run into each other."

Of course, that question was a hot topic at Comic Con International this past weekend, too. Nobody committed quite as much as Gunn did, but it did yield Thor and The Avengers star Chris Hemsworth praising Guardians of the Galaxy.

"We'd win," the Australian actor said when asked who would win a throwdown between the Avengers and the Guardians. "I have to say that because it's my team, but I saw Guardians of the Galaxy and I think it could be my favorite Marvel film. It's incredible! I love it -- so funny, so funny."

Guardians of the Galaxy is in theaters now. It does include at least one Avengers Easter egg in the form of the Tesseract appearing on a screen during an expository segment. The next Avengers movie is in 2015 and the next Guardians is in 2017.