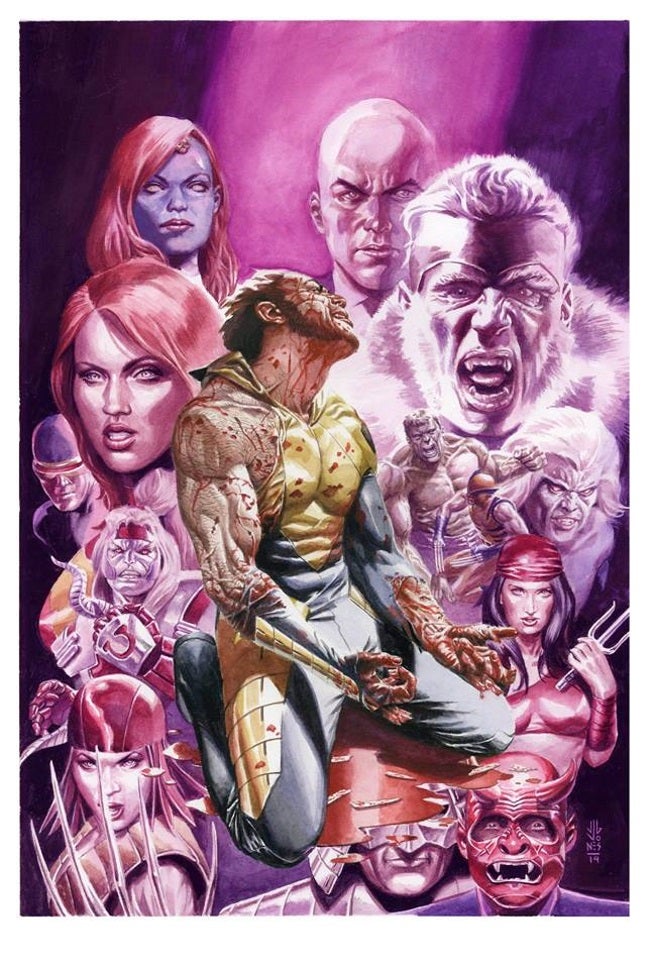 The exclusivel variant will be available via the Dynamic Forces online comic book store.

Written by Charles Soule and drawn by Steve McNiven, the four issue Death of Wolverine limited series chronicles the last stand of the Wolverine as he faces down his deadliest foes. Left without his healing factor, the indestructible killing machine must come to terms with his newfound vulnerability. And when word gets out that the Wolverine is mortal, villains from Logan's past and present set their sights on their greatest enemy.

Jones' cover envisions Logan's agony and surrounds him with friends and foes from his past.