Logan (aka Wolverine 3) is now in theaters, and Marvel fans seem to be really embracing it. Our own Brandon Davis called it a "masterpiece" in his official Logan review - and the film has already clawed its way to No. 2 in our Comicbook.com User Rankings (see above)!

It's safe to say that Logan is another hit for Fox's X-Men Universe, the Marvel brand, and for R-Rated superhero films, in general. However, that doesn't mean the film is perfect. Logan takes a dark, drastic, turn in its third act - and for some viewers, it was a moment that threatened to jump the shark.

And so, as we breakdown the movie and discuss, we have to ask: Did Logan Go Too Far With X-24?

For some viewers, that shift was too abrupt and unexpected; they came to see a superhero movie (even an R-Rated one), but suddenly found themselves in a horror film. And, while we personally think it was a masterful moment in the film (more on that next), we also understand that some viewers may not have wanted to venture that deep into the darkside - especially since marketing for Logan never let on that things could get that frightening and violent.

For other fans, X-24 wasn't shocking or scary - but rather a gimmick, and one they may have found a bit tired.

The fact is, Logan director James Mangold and Hugh Jackman took a big risk with this specific way of approaching the story - especially since the Wolverine movies haven't had the best track record with villains ("Deadpool," Silver Samurai, looking at you).

The trick of having a hero battle a darker twin, clone, etc. has been done many times before, and it doesn't always go well. And even when it does work out, it tends to come off as more of a cheap gimmick, more than a relevant or resonate plot device (see: Terminator Genisys). So it's understandable is there were some viewers who burst out laughing when they realized was building to a "Wolverine vs. Wolverine Clone" finale.

However, those same viewers may want to consider the notion that there is more to Logan's X-24 reveal than simple novelty. 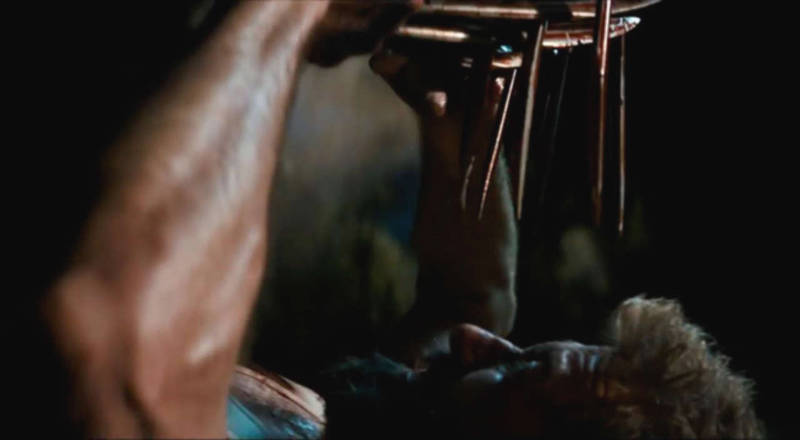 For other fans, the reveal of X-24 was a masterful stroke by James Mangold.

The version of Wolverine that was "pure rage" served as metaphor for the beast that Hugh Jackman's had been fighting all of his life, now manifest. Logan's fight with X-24 was therefore a literal and figurative battle against his worst inner demon.

By battling that demon, and winning, Logan was able to finally find the best version of himself that existed beyond that pain and rage. Just one of many ways to interpret his final line before dying, "This is what it feels like."

For those who have followed Hugh Jackman's time as Wolverine closely, it was hard not to be moved by X-24 story arc.

In 2024 the mutant population has shrunk significantly and the X-Men have disbanded. Logan, whose power to self-heal is dwindling, has surrendered himself to alcohol and now earns a living as a chauffeur. He takes care of the ailing old Professor X whom he keeps hidden away. One day, a female stranger asks Logan to drive a girl named Laura to the Canadian border. At first he refuses, but the Professor has been waiting for a long time for her to appear. Laura possesses an extraordinary fighting prowess and is in many ways like Wolverine.

She is pursued by sinister figures working for a powerful corporation; this is because her DNA contains the secret that connects her to Logan. A relentless pursuit begins … In this third cinematic outing featuring the Marvel comic book character Wolverine we see the superheroes beset by everyday problems. They are ageing, ailing and struggling to survive financially. A decrepit Logan is forced to ask himself if he can or even wants to put his remaining powers to good use. It would appear that in the near-future, the times in which they were able put the world to rights with razor sharp claws and telepathic powers are now over.