Logan is about to slash its way into theaters riding a massive wave of interest and positive buzz. The film has an impressive 4.28/5 in our Comicbook.com Anticipation Ratings, which only reinforces how high expectations are.

In our spoiler-free breakdown of Logan, we identified the parts of the film X-Men fans should be most excited for, and topping that list was definitely the character of X-23. The iconic X-Men character appears in the film as a young girl named Laura, played by newcomer Dafne Keen. Keen is gaining a lot of acclaim for her portrayal of X-23/Laura, and one of the central questions coming out of Logan is definitely if/when we'll see X-23 again in the X-Men movie universe.

In the comics, Laura's origin is similar to what we see in Logan: she was created by a genetics corporation experimenting with mutant DNA (like Wolverine's, for instance). X-23 eventually made a violent, bloody, escape from her captors, and went on to be recruited into the X-Men fold, serving on a variety of teams like the younger New X-Men, and the covert strike team, X-Force.

The X-Men movie universe has recently unveiled some big plans - plans that X-23 could definitely fit into. A New Mutants movie is currently in production; the next X-Men movie is confirmed to start shooting soon; and most recently, the X-Force movie got a creative team in place. As stated, X-23 could fit into any one of those projects (or their aftermath) - and according to Logan director James Mangold during a Facebook Q&A, Fox and the X-Men cinematic universe architects definitely see the potential in the character: 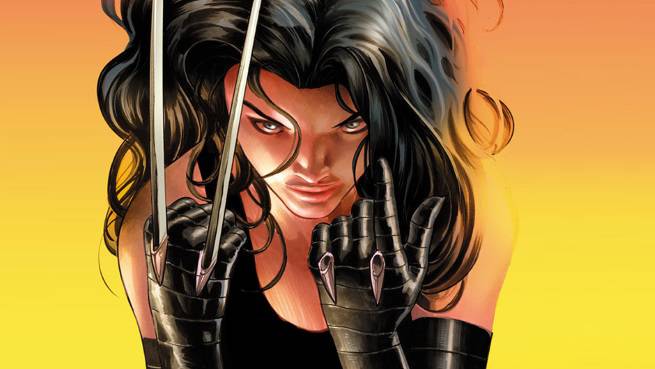 "I think Dafne is a remarkable actress and I think she does an incredible job with this role. Personally, I would be shocked if we don't look into trying to develop that character further."

Even though Dafne Keen has a big breakout role in Logan, it's not necessarily guaranteed that she would hold the X-23 role going forward, or that the version of the character we meet in Logan is the same one that would be introduced to the larger X-Men universe. Logan is a standalone story, and getting X-23 a bigger role in the X-Men movie universe would require more interconnectivity, and likely an older version of the character, set in a different timeline.

X-Men: Apocalypse already set the stage for Logan's DNA to be in possession of Mr. Sinister's Essex corporation - it basically can be used at any point going forward to bring a new version of X-23 into continuity. X-Force would be the most obvious place to fit the character in - but what would be YOUR play? Let us know on Twitter @ComicbookNOw! Excited for Logan? Lets us know in our Rankings database, below!

Logan takes place in the year 2029, where mutant births have become extremely rare. The defenders of mutant kind, the X-Men, are long gone, and the only remains of them are an old and struggling Charles Xavier and a weary Logan. Logan's vaunted healing factor has slowed, and at times doesn't seem to work at all. When a young mutant needs his help, Logan has to unsheathe his claws once more. His job isn't over yet.

Marvel Fans Will Be Waiting a While for Black Panther: Wakanda Forever's Disney+ Debut