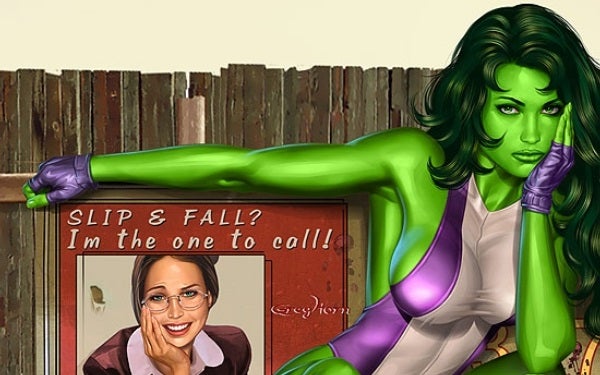 During a Reddit "Ask Me Anything" session held earlier today, Mark Ruffalo, the Hulk of the Marvel Cinematic Universe, was asked who he thought should play Bruce Banner's cousin, Jennifer Walter a.k.a. She-Hulk, if she were ever introduced in the films. Ruffalo had two suggestions.

Oh wow, that's pretty crazy. Well I think Zoe Saldana would be a great She Hulk. It'd be nice to see someone like her join the Avengers. Or someone quiet and demure like Emma Stone would be nice. But it would be up to the powers that be.

Now, before anybody goes crazy, let's just reiterate that this was a simple hypothetical. Nobody is actually saying that Marvel has even considered adding Jen Walters to their cinematic universe.

That said, Zoe Saldana is already playing a character in the MCU – Gamora in Guardians of the Galaxy – so I guess that means the part is Emma Stone's to take, if Ruffalo has any say about it. She's not doing anything after The Amazing Spider-Man 2, right?

Then again, who would want to make a movie that included a weird sexual power fantasy like She-Hulk in it anyway, right?

Mark Ruffalo will next appear as the Hulk in Avengers: Age of Ultron, opening May 1, 2015.