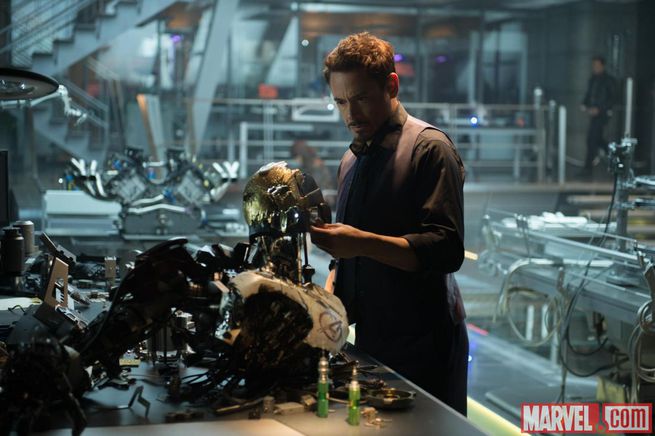 Marvel Studios has released a new batch of images from Avengers: Age of Ultron.

There's also the villainous Ultron (James Spader), the Hulkbuster armor, and whomever it is that Andy Serkis is playing, plus some behind-the-scenes shots of director Joss Whedon at work.

See all the images in the gallery below. Avengers: Age of Ultron opens May 1.