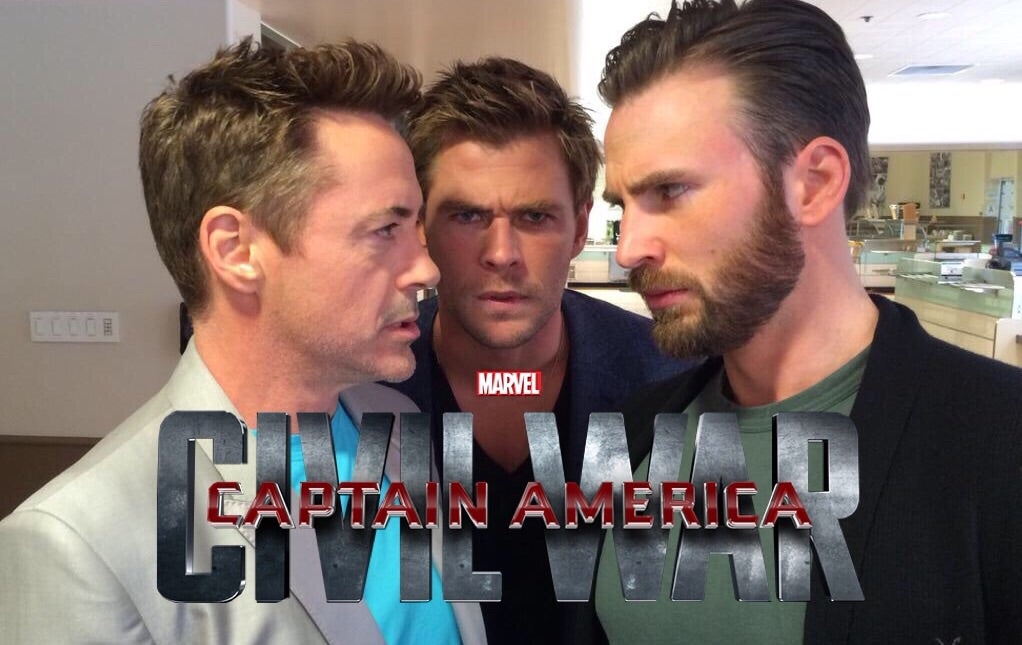 Let the "whose side are you on?" memes begin anew!

With Avengers: Age of Ultron so close to release that some fans and reporters have already seen it, it's time for Robert Downey, Jr. and Chris Evans to start promoting Captain America: Civil War, the next installment in the franchise in which the two are confirmed to star together.

Shooting this year, Civil War is a loose adaptation of the Marvel Comics storyline by the same name, and centers on a conflict of ideals (and later fists) between Captain Americaand Iron Man.

And, as you can see above (and in the tweet below), Downey is getting ready for it.

During the Civil War story in the comics, Thor was dead (he got better). Here, apparently, Chris Hemsworth is taking his duties as umpire very seriously.

The film is expected to have bunches of guest stars, not unlike Captain America: Winter Soldier. It's headed to theaters on May 6, 2016.