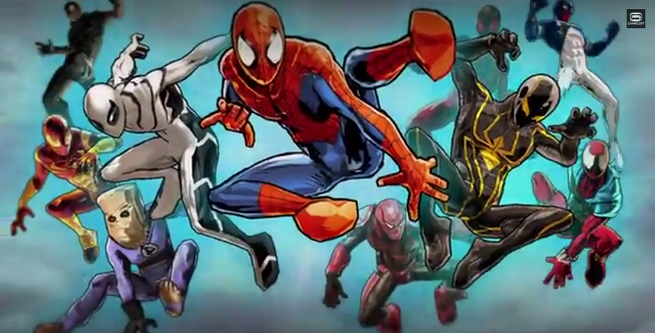 As Marvel Comics gets into Spider-Verse and introduces dozens of different iterations of Spider-Man throughout time and space, Gameloft is introducing a new episodic adventure game that explores similar territory.

Designed to look like a comic (with word balloons and comic-style art), the game features at least ten different Spider-Men battling against the Sinister Six as the wall between dimensions is breached.

You can check out the trailer, and the official description, below.

Get ready to suit up! The Spider-Man comics come to life in a brand new episodic adventure! Dimensions have opened, the Sinister Six has attacked, and New York has descends into chaos. It's up to Spider-Man, and some very unusual allies, to stop them!