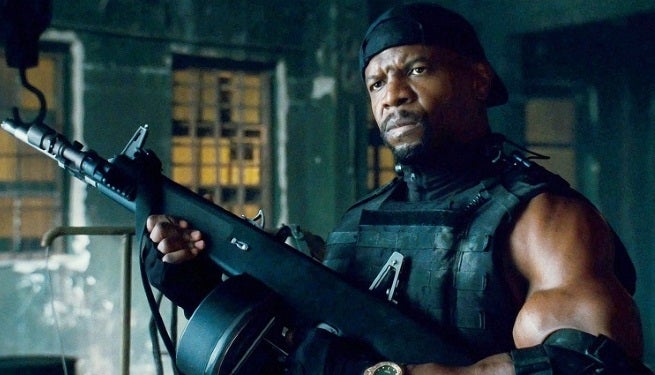 Despite having been the fan favorite to get the role, The Expendables star Terry Crews praised Marvel's choice of Mike Colter as Luke Cage in the forthcoming Jessica Jones, Luke Cage and The Defenders series from Netflix.

"Congratulations to my man Mike Colter for being cast as LUKE CAGE!" Crews wrote to his WhoSay account. "A brilliant actor for one of my favorite superheroes ever! Love him!"

It isn't the first time Crews was passed over for a role fans thought he'd be perfect for, and likely won't be the last since people love the guy and he gets fancast in everything. The fact that his onetime on-screen son Tyler James Williams (from Everybody Hates Chris) just got a gig on The Walking Dead, though...

...man, Crews would be a good fit for that cast.