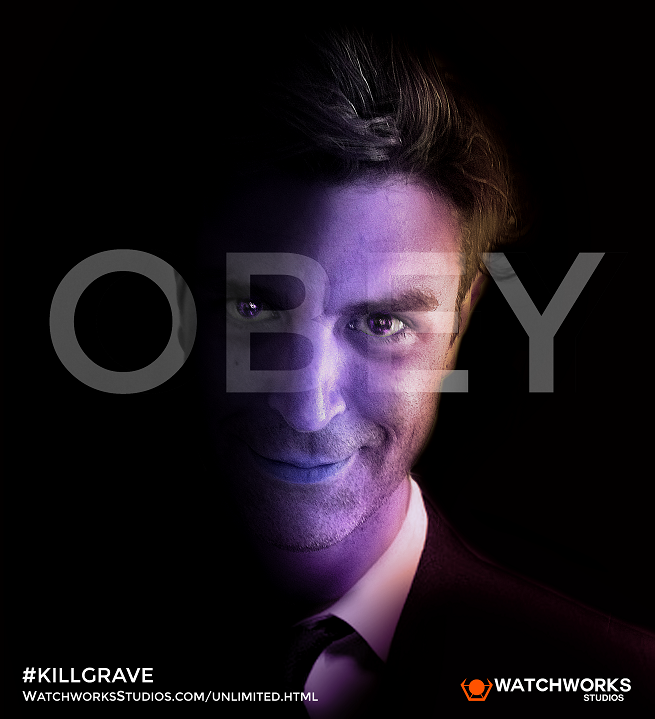 King Lee star Nathan Faudree appears in a new, fan-made short film featuring the Daredevil villain The Purple Man, made and posted online in the hopes of getting Faudree a role in one of Marvel's upcoming Defenders-themed Netflix series.

The short, conceived as a "prequel" to the Jessica Jones Netflix series that will succeed Marvel's Daredevil, sees The Purple Man use mind-control to turn an honest police officer into a murderer and send him on his way to find Jessica Jones.

Titled Killgrave (the character's real name, and presumably because "The Purple Man" sounds a bit silly), the short is five minutes long and primarily takes place in one location. It has some solid production values, though, and Faudree is admittedly engaging as Zebediah Killgrave.

Besides King Lee, a dramatization of the story of corrupt Syracuse, NY mayor Lee Alexander, Faudree is most known for low-budget horror films like Kottentail, Half Dead and The Vampire.

The September solicitations for Marvel Comics teased "purple children" popping up in Mark Waid's acclaimed Daredevil run, and before that Waid confirmed for ComicBook.com that those children would have a connection to Killgrave.

Check out Killgrave below.

In this fan film prequel to Marvel's Netflix series, police detective Nick Bendis tracks an urban legend of a mind controlling "purple man". But what happens when he confronts the reality behind the legend?

Like and share to help Nathan get to his goal of being cast in a Marvel Netflix series!

Go to WatchworksStudios.com to see more. Check Nathan out at TheNathanFaudree.com

Predator #1 Review: Character Comes First in This Hunt for Revenge