There are a lot of great comic book adaptations that have been coming to film and television lately.

Fox's X-Men franchise has seen a resurgence thanks to Deadpool, Logan, and Legion. Marvel Studios has made a name as a box office juggernaut. And DC's been been making great movies for the last few decades.

That's to say nothing of the awesome movies based on books like Men In Black, American Splendor, Hellboy, and A History of Violence.

But they aren't always great. In fact, there are quite a few clunkers that have been produced over the years.

Whether the movies are an attempt to cash in on an established fanbase or a botched attempt to interpret a beloved story, there are myriad ways to screw up a comic book adaptation.

Here are just a few of the worst comic book adaptations to film and television that we were able to stomach and the various reasons why they fail to work.

It's amazing to think that this show went beyond a single season, much less that it got three seasons. It wasn't even tied into the X-Men!

The comic centered on Alex Summers being transported to a darker timeline where all of the X-Men were worse, more monstrous versions of themselves. That would have been an interesting comic had it come at any other time than the grim-dark X-TREME '90s era.

But the show was much different, focusing on an entirely new cast of characters in a team called—wait for it—Mutant X. Lead by Adam Kane (John Shea), the team found other "New Mutants" who received their powers after being genetically manipulated by government forces.

Overall it was simply a bad series with no business being on TV, and the fact that it shared no similarities with any of the source material makes it that much worse. 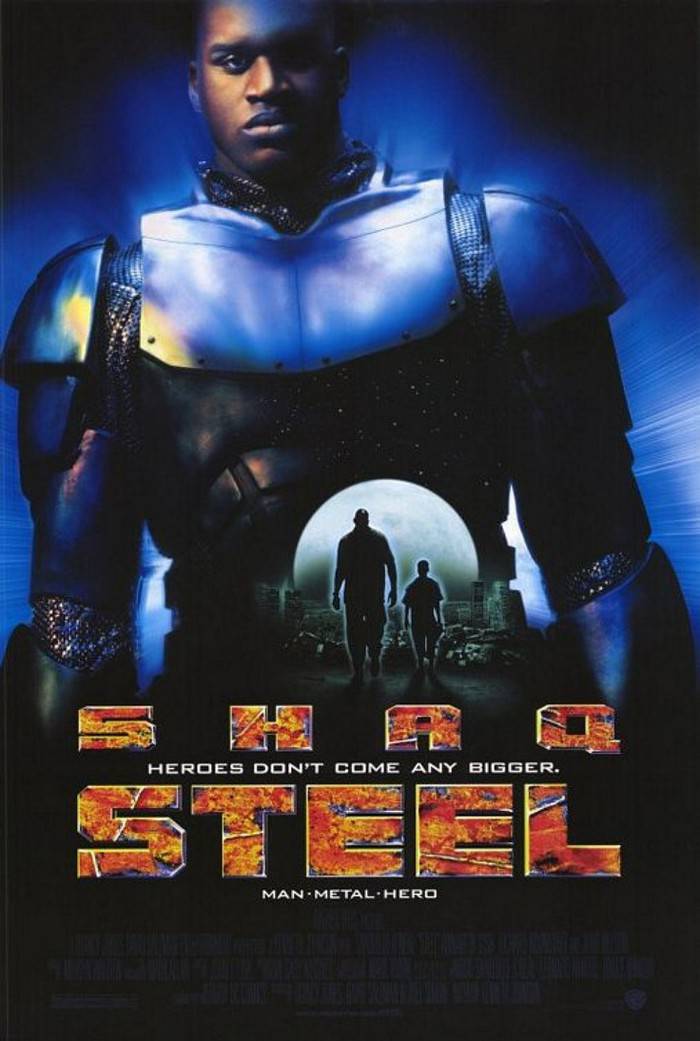 There was a time when Shaquille O'Neil thought he could do no wrong.

He made Shaq-Fu, arguably the world's worst fighting game. He made a rap album which, despite its decent production and awesome guest stars, was pretty awful. Shaq even released some Reebok Pump shoes that required a special CO2 dispenser to fill up—that's pretty ballsy.

But all of these travesties pale in comparison to the DC Comics "adaptation" of Steel.

The movie is a very, very loose retelling of John Henry Irons origin from the comic books, but without Superman involved it pretty much loses every purpose for actually existing. Superman's death isn't even required to show the character's beginnings, but without him as a juxtaposition the idea of an ordinary man using technology to fight criminals is just a bad Batman pastiche.

And that's not even the worst part. No, that comes in the climax, when Steel is locked in a burning room with a teenager and a goon tosses a live grenade in the room. Steel actually has to shoot a free throw with the grenade to save their lives! Shaq shoots a free throw! To save lives! Let that sink in.

And it's not even the worst Shaq movie of the era. That distinction belongs to Kazaam.

Remember when Robert Rodruguez let Frank Miller help him co-direct Sin City and they pretty much used Miller's comic as a storyboard to establish the aesthetic, shot composition, pacing, and cinematography of the entire film?

Well what the hell was Miller doing the entire time?

The entire look of the film is essentially aped from Sin City, like Miller hired Bill Pope, handed him a copy of the DVD, and said "do that."

The storyline fails to capture the irreverence and and heart that made Will Eisner's comics great, forgoing optimism with a rain-drenched perspective that permeates through everyone and everything.

But the worst aspect is the acting. How they cast amazing talents like Eva Mendes, Sarah Paulson, and Samuel L. Jackson and twisted them into lifeless caricatures is a cinematic crime.

Billy Zane, how you failed us.

The Phantom really had all of the potential to be a decent movie. No one expected it to be great, but it had the right blend of camp and action befitting the action films of the '90s.

But instead we got a wannabe Indianan Jones film without any of the charm, almost daring audiences to walk out of the theater because of its hammy, smarmy dialogue and logic leaps.

The film is actually pretty damn good looking, matching the vibrant and contrasting colors of the comic strips as the purple-clad Phantom traipses through the jungle. But it comes off dull and flat given the overly complicated plot and added mystical elements.

Sometimes you just want to see a straight up pulp tale with gunfights, rescues, and daring stunts. Instead you basically get Billy Zane winking at the camera for two hours. 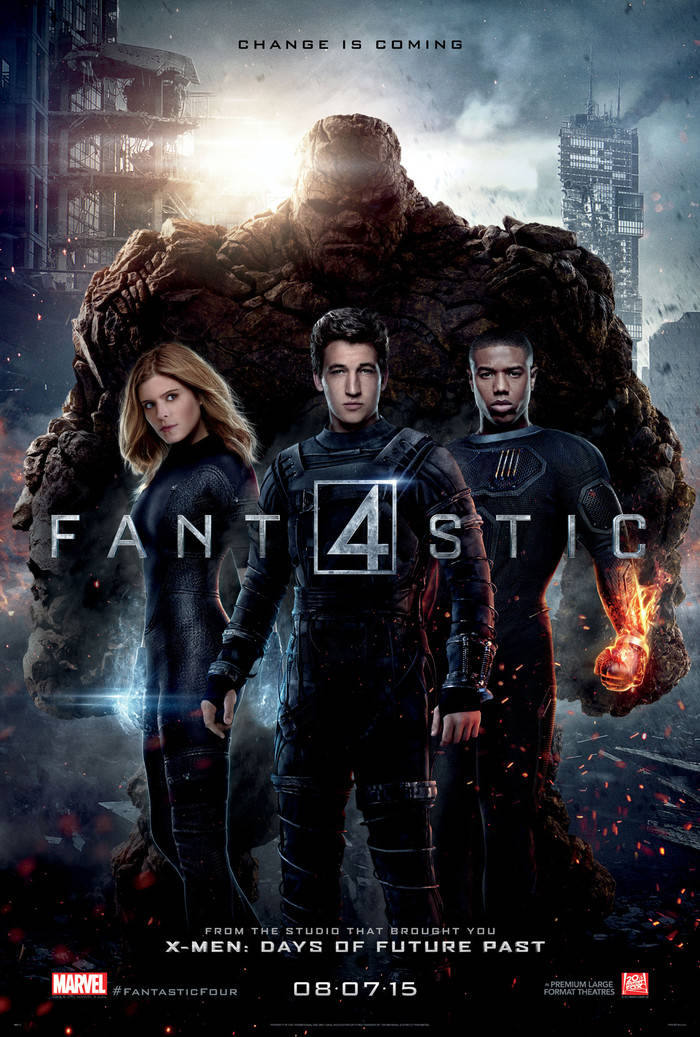 Remember when the Thing becomes a military operative and does covert missions? Or when Doom explodes skulls with a thought? Or when they tried to present Miles Teller as likable?

There are a lot of bad parts about this movie. Comic adaptations don't have to be strictly faithful to the source material. But they have to get the core of the story right.

When they paid lip service to the family and exploration aspects and instead spun a pun-filled take on the military industrial complex, dwindling resources, and bullying, it gets very old very fast.

It's insane to think that the original Fantastic Four films were the best we're going to get, because they established an extremely low bar for superhero films despite all of their financial success.

For all of the bad that Fant4astic has provided, it could be much worse—we could have gotten a Josh Trank-directed Star Wars film, too.

First of all, this film commits a cardinal sin in that it shows Judge Dredd's face. NEVER show Judge Dredd's face! It doesn't matter how much you paid Sylvester Stallone. We know it's him! DON'T SHOW HIS FACE.

Diane Lane is a bright spot in this movie, much like every other bad role she's had. And Armand Assante is always pretty good as the conniver thirsting for more power. But it's not enough to save the film itself which really overplays Dredd's emotions in a way fans of the character aren't used to seeing.

Dredd should be stoic, challenging, hard nosed, and—above all else—unable to take anyone's shit. When he gets sentenced and his badge is revoked, Stallone's protesting is more akin to a child who refuses to go to timeout.

The character finally got a decent portrayal in the 2012 reboot Dredd with Karl Urban, finally being faithful to the source material. But the film itself didn't do well in box offices despite being an entertaining flick. Maybe they'll give him another shot in the future, but he's already been tainted by two lackluster films.   Sometimes it's best to let go of the things you love most. 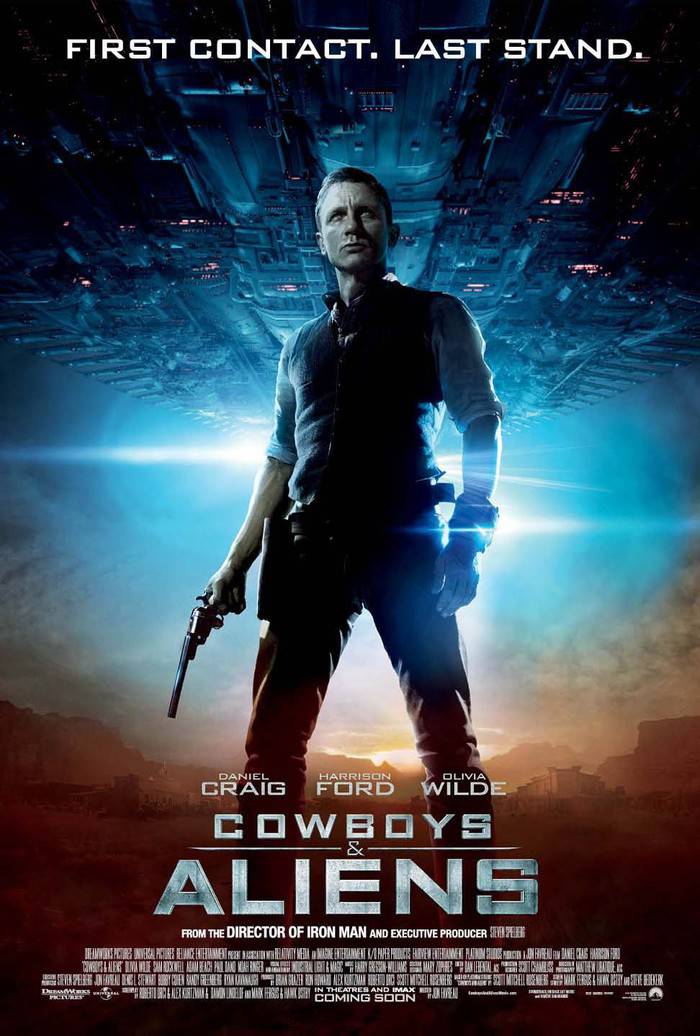 This movie is bad. Just bad. But that's to be expected when a company commissions the story purely for the intention to eventually make a movie, taking a nonsensical hook with a half-baked title that tells tale in and of itself.

Harrison Ford, Daniel Craig, and Olivia Wilde essentially star as themselves in a brainless special effects spectacle that is entirely forgettable.

With a title like Cowboys & Aliens, the concept is pretty much begging for people not to take anything seriously and have a good time instead. But when you take the good will that people might have fostered for the cast and crazy name, maybe deliver on the goods.

It's not a western, it's not a sci-fi movie, and it might be an action movie but it's not a very good one. The actors are serviceable but they don't do much aside from go "pew pew pew" at a bunch of rejected Ninja Turtles designs.

Overall it's a bad movie adaptation of a bad comic and shouldn't have ever been made. There are also some shady implications regarding the initial concept and production of the source material, but that's a story for another time.

There was a time when Macaulay Culkin ruled the world in the '90s. We received gems from his Hollywood reign; films such as the Good Son and the Home Alone movies.

But then he made a string of bad movies including the Pagemaster, Getting Even With Dad, and Richie Rich.

Sure, it's kind of cruel to pick apart the quality of children's films. They're obviously created with different criteria in mind and thus should be held to a different standard. But Richie Rich wasted some amazing talents like Edward Herrmann, Jonathan Hyde, and the incomparable John Larroquette.

The by-the-numbers "greedy villain attempts hostile takeover" plot is forcefully inserted into the middle of a fish-out-of-water tale about kid who doesn't fit in. It's like Disney's Blank Check without any of the charm, instead replaced with Culkin who is basically reading his lines off a teleprompter and doing his best impression of the Olson Twins.

The Richie Rich comics were fun, ridiculous, fanatical kids stories that maybe told the wrong lessons. It could have translated well into a '90s film for kids, but instead was pretty dull as a whole.