Superhero movies are the top genre in the entertainment business right now - and it's a lane that is only widening, as more and more superhero movie projects head into development, often as part of massive franchise universes.

As it happens to be National Superhero Day today (at the time of writing this), we thought we would go against the usual grain of fans' wishful thinking, and put together a list of superheroes who actually don't need movies. As you'll see below, even though some of the choices may be controversial, there is a sound logic behind every pick!

Here are The 5 Superheroes That Don't Need Movies. 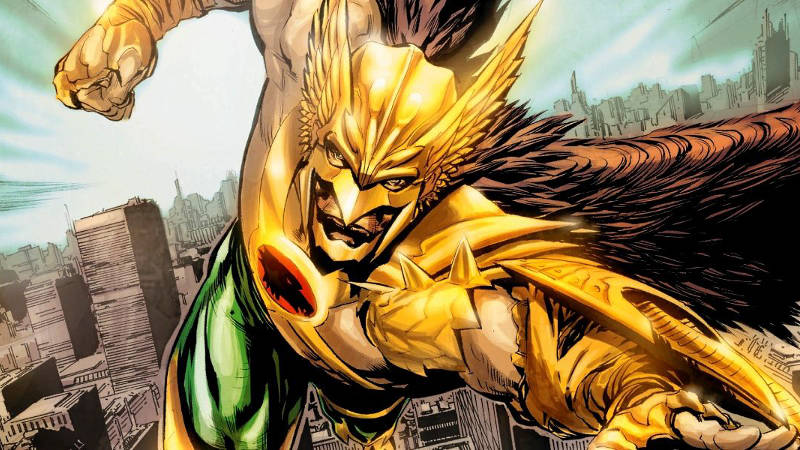 On the one hand you might be saying "If Aquaman can carry a blockbuster movie, then so can Hawkman; they're basically the same kind of silly!"

That may be true, but there's one big difference between Hawkman and Aquaman when it comes to creating either character in live-action: Underwater visuals tend to work much better than "human with wings" imagery. In fact, the "angel effect" has never really looked anything butsilly (see: Smallville, Legends of Tomorrow, Dogma Legion (2010), X-Men 3, X-Men: Apocalypse...).

It's a shame, really, since Hawkman has such a rich and long mythos; but at the end of the day, the character would just look too silly to work onscreen.

What is there to say about Solo? It should be obvious to anyone looking why he never needs his own movie: because we've already seen it. Three times. And we liked it better (each time) when it was still called The Punisher.

Seriously, though: Solo is basically The Punisher with a teleporter - only he targets terrorists, rather than street criminals and organized crime syndicates. He might have been a great movie option in the Bush era, when Jack Bauer was still a novelty - but by now, he would just seem like a cheap knock-off if he were to headline a movie.

Now, if he were to show up in something like the Marvel Netflix Punisher series? Or Heroes for Hire? That would be cool!

It was all fun and games when Marvel fans were pushing online petitions and campaigns to make a Squirrel Girl movie happen, but the reality is that it would've like been a hard sell.

Even if you got a filmmaker (like Edgar Wright) who would know how to play with the character's inherent silliness, you would still have to convince the general public that a movie called Squirrel Girl would be worth their hard-earned money and limited time. That's not a sell we're sure even Marvel could make.

For fans of the character, no worries! You'll still get a hefty dose of her in the upcoming New Warriors TV series!

This is a movie that has been rumored in the past, but it's not one that anyone has been missing since it got lost in development limbo.

Mr. Fantastic/Reed Richard's stretch powers have been one of the worst parts of every Fantastic Four movie; now imagine if those movies were only about a guy with weird stretch powers. That's basically Plastic Man.

Some hardcore DC Comics fans might argue that Patrick "Eel" O'Brian is one of the most zany, dynamic, and fun DC Characters out there, and he could easily carry a movie. The answer to that is: sure, but is he really that different than what audiences saw in Jim Carrey's The Mask?

The Justice Society of America

At the risk of angering a lot of DC Comics fans, we have to include The Justice Society of America on our list.

It's just a no-win scenario in our book:

When you take all that into consideration, JSA is just not a movie that needs to ever exist on its own. However, having the characters featured on shows like Legends of Tomorrow works just fine...

5 Superheroes Who Should Never Get Movies