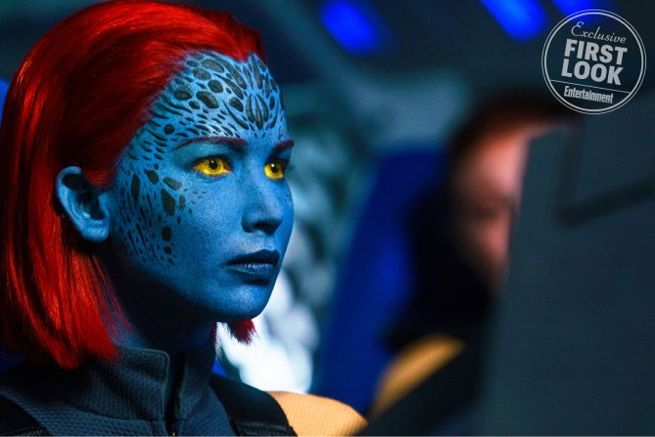 A new EW feature on the upcoming X-Men: Dark Phoenix has revealed the new look of Jennifer Lawrence's Mystique in film. Check out the first-look image above.

As you can see in the photo, Lawrence's Mystique makeup has taken on a lighter and more alien-esque appearance; in fact, she looks like a blue version of "The Newcomers" race from the Alien Nation franchise. There's no telling whether this is now Mystique's standard form, or if she's reacting to the new outer space setting of Dark Phoenix. Either way, the makeup and wig work for the shape-shifting mutant looks better than ever, and highlights Lawrence's natural beauty rather than looking like uncomfortable prosthetics.

In the EW article, we learn that Dark Phoenix sees Mystique and the X-Men in the role of national heroes after the Apocalypse incident. However, Charles Xavier (James McAvoy) begins to push Mystique's X-Men team into more dangerous missions - a decision that leads to the creation of the world-ender known as the Dark Phoenix.