At the 91st annual Academy Awards on Feb. 24, Black Panther may make history as the first superhero movie to claim Best Picture.

Or, it may become the first superhero film to lose out on the Best Picture prize. Not to discourage Wakandans and their supporters, but against the likes of Roma, Green Book and The Favourite, the oddsmakers don't see much of a path to victory for the Marvel Cinematic Universe film, starring Chadwick Boseman, Michael B. Jordan and Lupita Nyong'o. 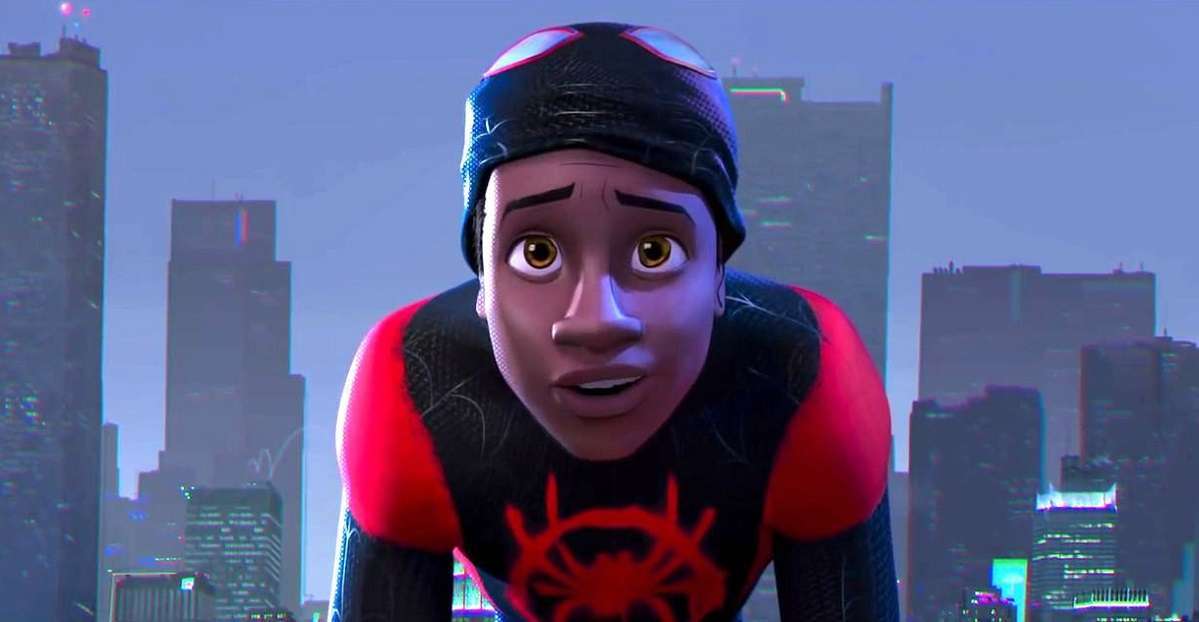 But that's not the only superhero film vying for an Oscar this year. Spider-Man: Into the Spider-Verse will likely claim a victory in the Best Animated Feature category, where the acclaimed 2018 big-screen movie, featuring the voices of Shameik Moore and Jake Johnson, is the consensus favorite.

Heck, our own Chris Killian gave the "hilariously weird" movie -- "one of the best Spider-Man movies you're likely to ever see" -- a 5 out of 5 review score.

While it seems that things are looking up for superhero movies at the Oscars this season, the truth is things have been looking up for geek films since the arrival of the 21st century. In the past 19 years, fueled by the explosion of CGI, an expanded Best Picture category, a series of acclaimed genre films from the Mexican directors Alfonso Cuarón (Children of Men, Harry Potter and the Prisoner of Azkaban), Guillermo del Toro (The Shape of Water, Pan's Labyrinth) and Alejandro G. Iñárritu (Birdman), the game-changing work of Christopher Nolan (The Dark Knight, Inception, Interstellar) and led by Peter Jackson's blockbuster Lord of the Rings trilogy, a slew of sci-fi, fantasy, horror, comic-book and superhero movies have competed for -- and won -- Academy Awards.

The Lord of the Rings: The Return of the King, Birdman or (The Unexpected Virtue of Ignorance), The Dark Knight and The Shape of Water are among the genre films to score wins in one (or more) of Oscars' glamour categories (Best Picture, screenplay, acting, directing), while geeky films about geeks, including Spike Jonze's Her and David Fincher's The Social Network, have also prevailed there.

Elsewhere, films such as 2005's King Kong, Blade Runner 2049 and Avatar have achieved Oscar success in categories, such as visual effects, where geek films of the 20th century, such as Alien, Star Wars and Independence Day, traditionally found acceptance.

Here's a rundown of 29 geeky films, released in or after the year 2000, that won an Oscar.

With its one Academy Award for Best Makeup and Hairstyling, this critically reviled 2016 DC Extended Universe film goes down in the history books as having won more Oscars, combined, than Charlie Chaplin's Modern Times, Stanley Kubrick's Paths of Glory and Frank Capra's It's a Wonderful Life.

Spider-Man: Into the Spider-Verse, a favorite for Best Animated Feature on this coming Oscar night, may yet make history. But as of now, this Sam Raimi-directed sequel is the only Spidey-centric film to claim an Academy Award: The 2004 film won for visual effects.

Fantastic Beasts and Where to Find Them

What the Harry Potter films failed to do through eight Oscar cycles, the wizarding universe's Newt Scamander wing did its first time out: This 2016 J.K. Rowling-penned film won the Oscar for costume design.

Christopher Nolan's game-changing 2008 Caped Crusader film earned two Oscars, for sound editing and supporting actor. The latter was a bittersweet, posthumous victory for Heath Ledger, who died months before his incendiary Joker hit screens. For all its success, and eight nominations, it was The Dark Knight's exclusion from the Best Picture race that helped spur the Academy to open up the category to more films.

Before there was Black Panther, this 2004 Brad Bird film represented for superheroes at the Oscars, winning two awards off four nominations, for Best Animated Feature and Best Sound Editing.

To date, there have been 13 big-screen Trek movies. J.J. Abrams' timeline-resetting 2009 reboot is the only one among them to claim an Oscar: It won for Best Makeup.

The scariest thing about this 2010 horror remake, starring Benecio Del Toro, may be its woeful Metacritic score. But the film still ranks among Hollywood's Oscar-winners, thanks to its win for Best Makeup.

Spike Jonze's near-future tale of a man (Joaquin Phoenix) who falls in love with his AI assistant (voiced by Scarlett Johansson) earned five nominations, including one for Best Picture. The 2013 film won one statuette, for Jonze's original screenplay.

The Lord of the Rings: The Two Towers

The second leg in Peter Jackson's LOTR trilogy is the least-decorated of the three movies. But the 2002 film still claimed a pair of Oscars (for sound editing and visual effects) off of six nominations.

Fun factoid: 1933's original, ground-breaking King Kong did not win a single competitive Academy Award. That left it to Peter Jackson's 2005 monster-epic redo to bring home the gold. And so it did, winning in three categories: sound editing, sound mixing and visual effects.

This hot-button hit represented for horror at the 2018 Oscars, winning a Best Original Screenplay Academy Award for its writer-director-producer, Jordan Peele.

The Chronicles of Narnia: The Lion, the Witch and the Wardrobe

The Narnia movies fizzled after the franchise's blockbuster start, but the fantasy series still goes down in the books as an Oscar-winner thanks to the initial 2005 film's victory for makeup.

Co-writer and star Jason Segel's 2011 love letter to Jim Henson's fuzzy creations is just about the geekiest thing ever. The only thing more gloriously geeky? The film's Oscar-winning song, "Man or Muppet."

James Cameron's big, blue, box-office-commanding fantasy epic lost out to The Hurt Locker for the Best Picture prize that many pundits had predicted it would win. The 2009 film, which represented turning points for motion capture and 3D, made do with three wins: for art direction, cinematography and visual effects.

The Shape of Water

The Creature from the Black Lagoon? A monster-horror classic that didn't get a fin anywhere near an Oscar. The Shape of Water? Guillermo del Toro's tale of a woman and the water monster she loves swept up Best Picture, Best Director and two other statuettes (for production design and score). The 2017 movie is only the second fantasy film to win Best Picture.

Based on the Marvel Comics character of the same name, Big Hero 6, released in 2014, won the Academy Award for Best Animated Feature.

This 2006 Guillermo del Toro fantasy, featuring Doug Jones, who would handle monster duties for the director's Shape of Water, too, contended for six Oscars and won three (for cinematography, production design and makeup).

This dark look at an increasingly powerful and resourceful AI robot (played by Alicia Vikander) scored an Original Screenplay nomination, and won for Visual Effects.

Though this 2007 fantasy-adventure failed to spark a Harry Potter-esque franchise, it won an Academy Award for visual effects -- and, yes, that's more Oscar gold than the Hogwarts crew ever saw.

George Miller's relentless fourth Mad Max movie lost out to Spotlight for Best Picture, but the 2015 film topped all other nominated movies with a field-best six wins (for film editing, costume design, makeup and hair, sound editing and production design).

This David Fincher-directed look at Facebook's Mark Zuckerberg, the ultimate geek success story (and cautionary tale), scored eight nominations, including one for Best Picture. The 2010 film was liked enough to win three awards, including one for Aaron Sorkin's adapted screenplay.

Birdman or (The Unexpected Virtue of Ignorance)

While a superhero movie has yet to win Best Picture, Alejandro G. Iñárritu's 2014 comedy-drama about an actor who struggles with having played a superhero took home the top prize and three other Oscars (for original screenplay, cinematography and directing). Birdman gets extra-geek-credit for putting Michael Keaton back in the spotlight, and revitalizing the Batman alum's big-screen career.

The Lord of the Rings: The Return of the King

Peter Jackson's 2003 film, the final chapter in the filmmaker's take on the J.R.R. Tolkien trilogy, didn't just win Oscars. It won a record-tying 11 Oscars, including Best Picture. In claiming the top prize, Return of the King became the first fantasy film to scale that mountain.