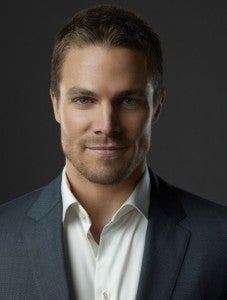 If Warner Bros. ever decides to combine their DC TV Universe with their DC Cinematic Universe, then one day Stephen Amell's Oliver Queen could be sharing the big screen with Ben Affleck's Batman. At the Fan Expo Canada over the weekend, Amell was asked what he thought of the Affleck casting news. "I think Ben Affleck has done really good work. His last three directing efforts…Gone, Baby Gone, Argo, and The Town…I love The Town. The Town is a fantastic movie," answered Amell. Then, Amell continued, "Warner Bros. doesn't just hand out these parts willy-nilly. They don't just say, 'Here, Ben, want to play Batman?' I'm sure that there was a little bit more of a process to the whole thing, and I know this because I had to go through the casting process. And I'm sure for someone of Ben Affleck's stature it was a little bit different, but I don't know if there's ever been anyone picked to play a part, coming off of the heels of someone so iconic like Christian Bale playing it. Because I think that Christopher Nolan's trilogy for Batman is probably the greatest superhero trilogy in the history of the planet." Amell added, "I don't know if they could have picked anyone that wasn't going to be met with anything but a certain level of trepidation, but I will reserve judgment until Mr. Affleck gives it a good honest try."