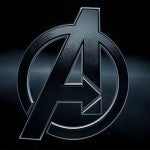 In a new clip released yesterday by Marvel Studios, fans can finally get a good look at some of the movie's fight choreography, as Captain America and Thor do battle against Loki's army in the streets of New York. For the most part it's just our heroes (particularly Thor) kicking alien butt, but a brief glimpse at the bad guys getting a good shot in gives a possible indication as to why Captain America has his new and somewhat less popular costume in this film: maybe it was meant to withstand energy blasts? Check out the clip below.

Bullet Train To Win Second Weekend at the Box Office