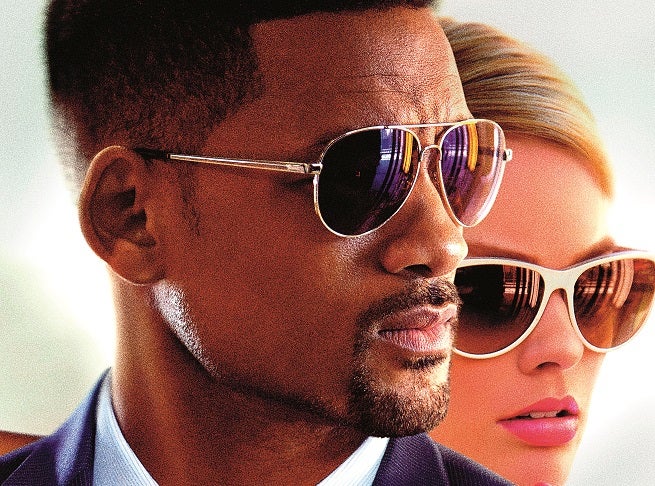 With superhero franchise films making hundreds of millions of dollars at the domestic box office, it's difficult to find many A-list celebrities who aren't appearing in them -- or haven't been rumored, if they aren't.

As that list gets smaller and smaller, and more and more critical darlings start popping up in comic book films, cinemaphiles often have plenty of jokes to make.

Now, as Focus heads to home video and puts two Suicide Squad stars in the same film together, it got us to thinking about some of those jokes...! 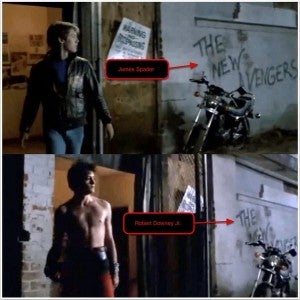 James Spader and Robert Downey, Jr. have known each other for decades, appearing together in films like Less Than Zero and Tuff Turf.

While it was Less Than Zero that most fans have seen or at least heard of, Tuff Turf became a hot item on movie websites when Spader was cast as the titular villain of Avengers: Age of Ultron because it featured a locale where a clearly-visible piece of graffiti said "The New Avengers" on the side of a building.

You can see that at right -- twice, in fact! One for each future Avengers star to pass by it on camera.

Batman (or is it Daredevil?) loves Pepper Potts 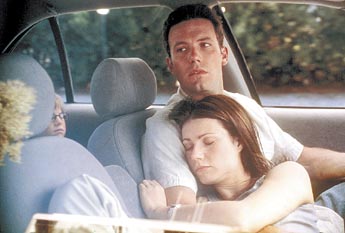 Apparently it's just the whole vigilante-billionaire thing that turns her on?

It's hardly a classic, but we'll be the first to admit it's more memorable than Tuff Turf...even if that was mostly just on the strength of the likable lead actors.

Iron Man and Spider-Man fooled around in Hank Pym's house

In the film adaptation of comic book fan Michael Chabon's novel Wonder Boys, there were four future comic book movie stars in the principal cast...and their relationships were fairly surprising.

Downey (him again!) played a book publisher who was into younger men and carried around enough drugs that he jokingly called his suitcase a "pharmucopia." Along the way, he (seemingly) hooks up with a slightly-stoned college student played by Spider-Man star Tobey Maguire.

In a house owned by Michael Douglas, who will soon play Hank Pym. Douglas plays college professor Grady Tripp, meanwhile, who is being pursued for a chunk of the movie by Batman Begins actress Katie Holmes.

Before They Were Heroes: Some of Our Favorite (Non-)Superhero Team-Ups