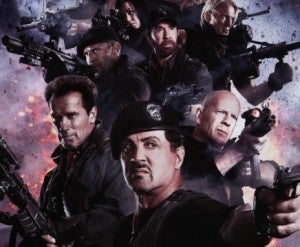 "The Expendables are back, and this time it's personal," says the voiceover that precedes about 30 seconds of Bruce Willis stage-setting for The Expendables 2. In an ad that spotlights Bruce Willis and Sylvester Stallone but gives a little bit of camera time to each of the film's many stars, The Expendables 2 has released its first teaser trailer, which can be watched below. Adding Chuck Norris and Jean-Claude Van Damme to its already action-star-studded cast, The Expendables 2 hits theaters this summer. Rumor has it that production on a third installment will begin even before that.