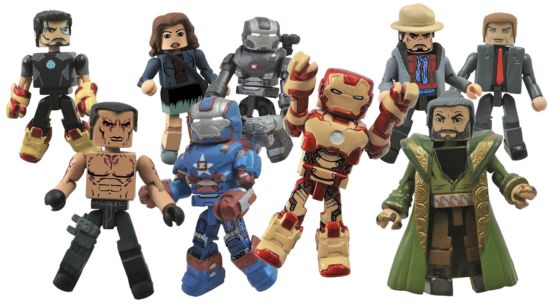 When we first reported on the upcoming Iron Man 3 Minimates from Diamond Select Toys, some of them were classified as being top secret. Now, with recent Iron Man 3 trailers revealing even more about the movie, two of the previously top secret figures have been declassified. One of the figures is "Suit Up" Tony Stark, which shows Tony Stark wearing parts of the Mark 42 armor, which can be summoned and controlled via mental link in the film, as seen in the trailer. The boots and gauntlets will be removable, and Tony will also come with regular hands and shoes. "Suit Up" Tony Stark will be one of four Toys "R" Us-exclusive Minimates, and will come packaged with a mystery figure to be revealed later. The second figure is an Extremis Soldier, which are the super-strong operatives that were shown receiving the Extremis treatment in the trailer. The Extremis Soldier Minimate will come with a removable vest, a pistol, and interchangeable hair pieces to create different looks. The Extremis Soldier comes packaged with Iron Patriot and will be available at comic shops and specialty stores as well as at Toys "R" Us. Other previously revealed Minimates include Iron Man Mark 42 with The Mandarin (shared between specialty and Toys "R" Us), the specialty-exclusive War Machine with Maya Hansen, and the specialty exclusive Cowboy Disguise Tony Stark with Aldrich Killian. What's also very interesting is that three Toys "R" Us Minimates figures for Iron Man 3 are still unrevealed. With so much Iron Man 3 footage already being released, it's curious what secrets the movie might still hold. The Iron Man 3 Minimates assortments will be released in stores in April. 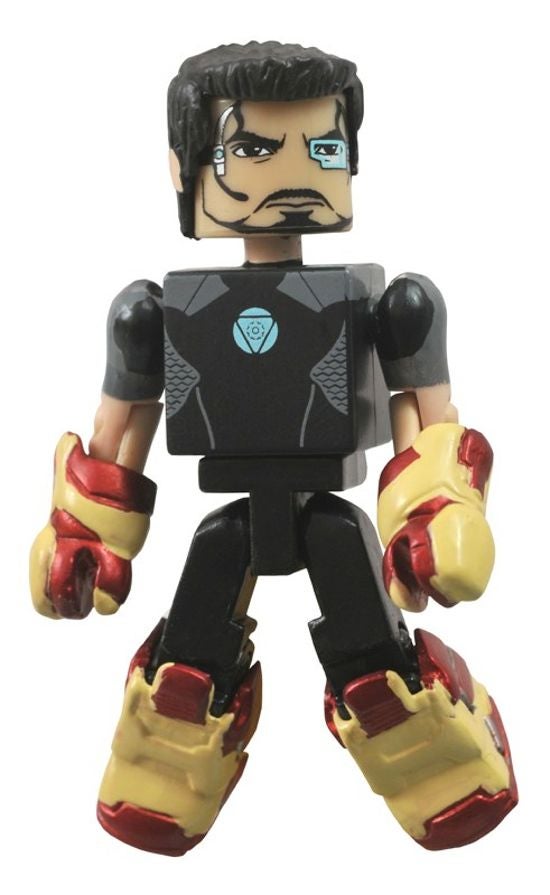 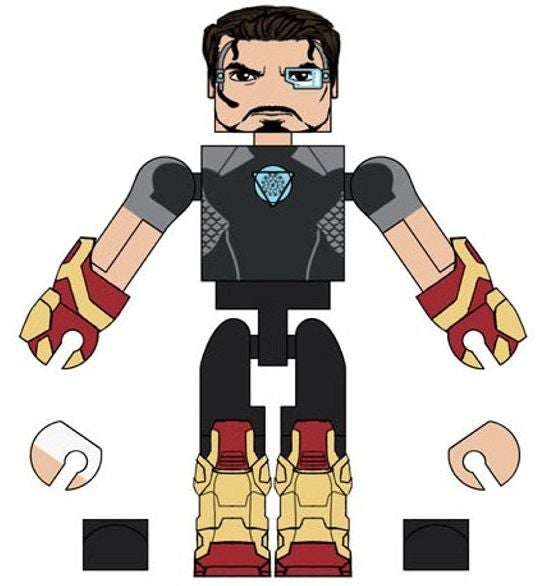 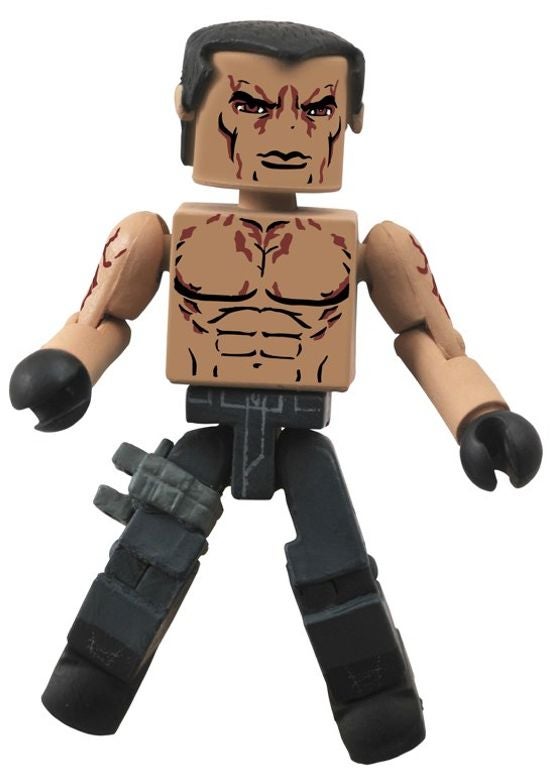 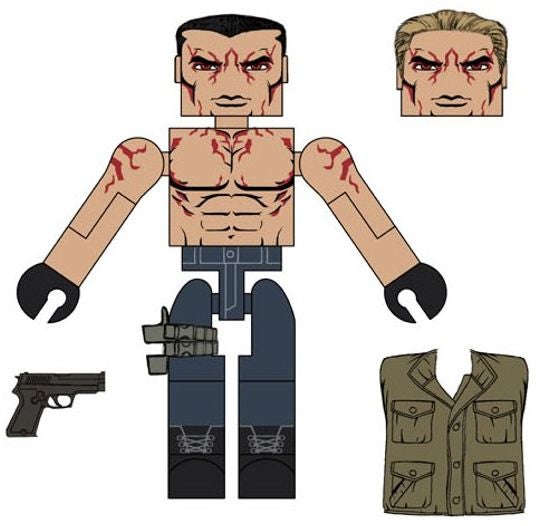