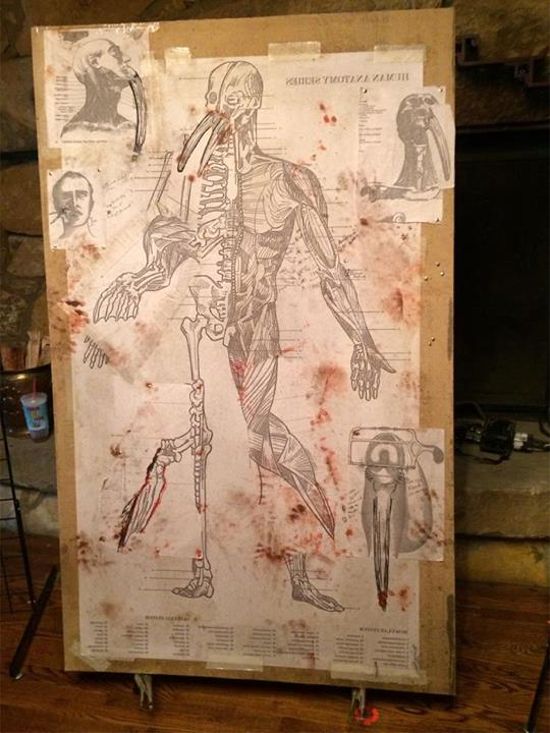 Director Kevin Smith has released the first set photo from his upcoming movie Tusk, which shows a look at the Walrus man. In releasing the photo above, Smith wrote, ""Is man, indeed, a walrus at heart?" We wrap TUSK this Friday! Will be tough to leave NC as I'm so in love with my Charlotte crew and this wacky flick we're making! #WalrusYes." Tusk is a horror movie that was inspired by an online ad placed by a Brighton homeowner, who offered free rent to anyone who dressed up as a walrus for two hours a day. As previously reported on Comicbook.com, Kevin Smith gave the man who wrote the hoax ad a producer credit on his film. Justin Long is playing the roommate who is asked to dress up like a walrus, and Michael Parks is playing the landlord. Kevin Smith both wrote the screenplay for and is directing Tusk, which began filming in North Carolina on November 4, 2013. The film is scheduled to be released sometime in 2014.