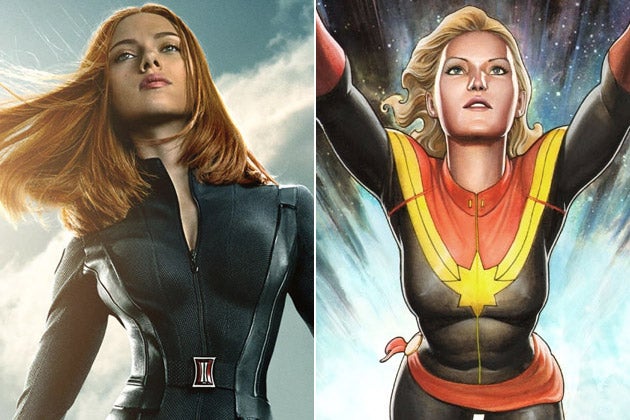 Marvel Studios won't allow itself to be pressured to change its current plans to be more inclusive of female protagonists by fans and the press, studio head Kevin Feige said.

In an interview with ScreenCrush, Feige said that while Marvel is aware of diversity in its existing franchises, they have no plans to launch new franchises led by female or minority characters simply because there's pressure to do so from the marketplace.

"I don't think J.J. Abrams or the Star Wars people — I have no idea — but my guess is that they were not swayed by any backlash," Feige said. "We're not going to be swayed by the backlash. We're going to keep bringing the movies out the way we envision it and the way we believe in it — and that includes diversity in all of the active films. And certainly, on our development slate of many of the characters...and always being conscious of that. The great thing for us is the comics have been conscious of that through the decades and have been rather pioneering in that over the years."

Rumors have suggested that both Black Panther and Captain Marvel movies could be in the offing, but after Feige denied rumors of a Black Widow solo film earlier this year, it now appears that the first female-led superhero film of this new generation of movies could be Wonder Woman, rather than a Marvel title.

Since Marvel has been ahead of the curve on a number of other things, some fans had hoped they would respond to the Wonder Woman rumors and pressure from fans by expediting a Spider-Woman, Captain Marvel or other female-led solo film. Even among those who didn't care one way or another, there was an expectation that Marvel might do so specifically to get a leg up on Warner Bros. before the Wonder Woman announcement became official.

Henry Cavill Was Not Fired, He Was Never Hired, Says James Gunn