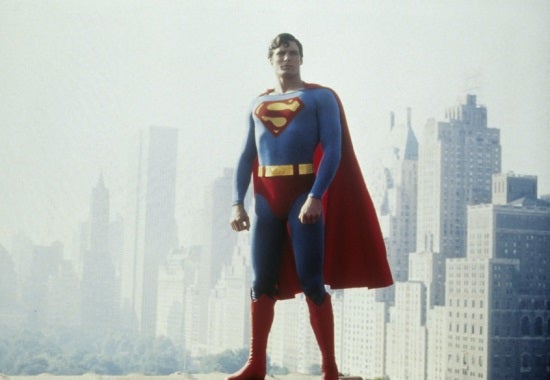 Tonight, at the 86th Annual Academy Awards Ceremony, the Academy will honor movie heroes, including supeheroes and heroes of other genre fiction films. Considering how important they are to the movie industry, it seems only appropriate for Hollywood to give the capes and cowls set their due. We've decided to take this opportunity to look back at the Oscar winners and nominees in the superhero genre over the years. The modern superhero movie really started in 1978, when Christopher Reeve starred as the Man of Steel in Superman: The Movie. Superman, along with Star Wars, changed Hollywood forever by opening up the market for big, science fiction blockbusters. These days, it seems hard to imagine a summer without at least one big superhero film. Superman was well received, receiving three Oscar nominations in 1979 (Best Film Editing, Best Original Score, and Best Sound Mixing) and a Special Achievement Award for Visual Effects. Many still see Reeve as the definitive Superman following his iconic role in this film. In 1987, the world was introduced to a very different kind of hero in RoboCop. Paul Verhoeven's gritty, gory satire of 1980s American culture was as dramatically different from Superman as you can imagine, but it remains a cult favorite today and was nominated for for three Academy Awards itself, winning the Oscar for Sound Effects Editing. 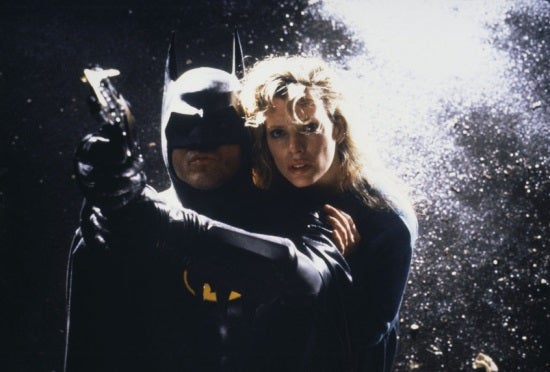 In 1989, Time Burton brought Batman to the big screen, starring Michael Keaton as Bruce Wayne. Burton returned Batman to his gothic roots as the Dark Knight, shying away from the camp that was often associated with the character following the 1960s television series. His vision, and that of production designer Anton Furst and set designer Peter Young, paid off when the film won the Academy Award for Best Art Direction. The superhero movie trend largely died out in the late 1990s, following the failure of Joel Shumacher's Batman films. A superhero movie renaissance of sorts began in the 2000s and Sam Raimi's Spider-Man was one of its earliest, biggest successes. The film brought Spider-Man, played by Tobey Maguire, to the big screen in all his 1960s, Stan Lee and Steve Ditko infused glory. Spider-Man was nominated for two Academy Awards (Best Visual Effects and Best Sound Mixing). The sequel, Spider-Man 2, would go on to be nominated for an Oscar in the same two categories, and would win the award for Best Visual Effects. 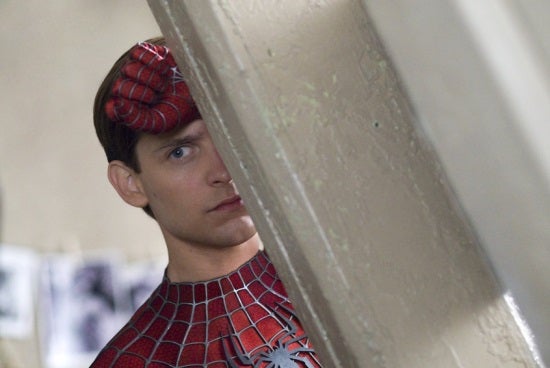 In 2005, Christopher Nolan would bring Batman back into theaters in Batman Begins, the first chapter of what would come to be known as The Dark Knight Trilogy. The film took Batman and tried to make him and his mythos as real as possible, and the film was nominated for the Academy Award for Best Cinematography. It would be the sequel, The Dark Knight, which really shined at the Oscars. The film was nominated for eight Academy Awards, the most any superhero film has ever received. It won for Best Sound Editing and Best Supporting Actor, awarded to Heath Ledger for his incredible performance as The Joker. For all its accolades, the film did not receive a nomination for Best Picture, and many fans feel it was "snubbed." In 2008, the superhero film genre would hit another milestone when Jon Favreau's Iron Man kicked off the shared Marvel Cinematic Universe. The film starred Robert Downey, Jr. in the memorable, charismatic role of Tony Stark. The film was hugely successful, spawning two sequels of its own, and was nominated for the Academy Awards for Best Visual Effects and Best Sound Editing. Iron Man 2 would go on to be nominated for the Academy Award for Best Visual Effects, and Iron Man 3 is nominated for the same award this year. 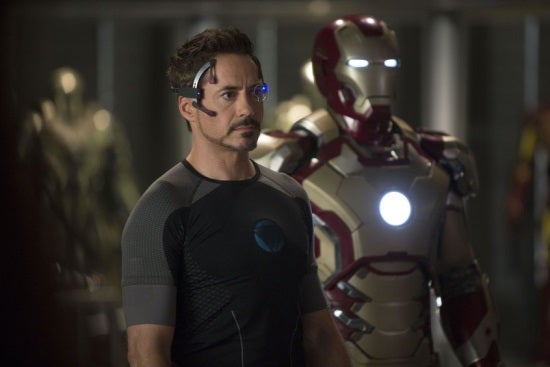 Most recently, Marvel's The Avengers brought what began in Iron Man to fulfillment. Directed by Joss Whedon, the film saw the formation of a true super-team featuring Iron Man, Captain America, the Hulk, Thor, Hawkeye, and Black Widow. The film was phenomenally successful and was nominated for the Academy Award for Best Visual Effects. Of course, there are other heroes that don't wear capes or tights. The genre owes a debt of gratitude to Star Wars, the franchise that made heroic fantasy a staple of Hollywood. The Lord of the Rings is as heroic fantasy as you can get, and the Return of the King took home Best Picture, something that no comic book based superhero film has ever managed. Regardless, I think it's safe to say we live in a golden age of superhero cinema.