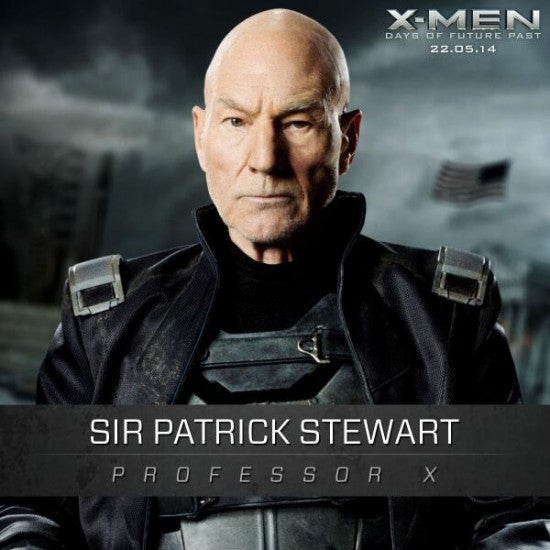 Patrick Stewart will present a collection of items and costumes from the X-Men film franchise to the Smithsonian's Museum of National History in a special, closed event tomorrow evening. The items come from throughout the franchise's 15-year history and include Stewart's own Professor X costume, Ian McKellen's Magneto costume, Hugh Jackman's Wolverine costume, Halle Berry's Storm costume, and a final shooting script from X-Men: Days of Future Past. The X-Men items will join other superhero artifacts such as the Superman outfit worn by Christopher Reeve in Superman III, the Catwoman costume worn by Julie Newmar in the 1960s Batman television series, George Clooney's mask and cowl from Batman & Robin, and a collection of Batman comic books. The newest X-Men film, featuring Stewart's return to the role of Professor X, is X-Men: Days of Future Past, opening in theaters on May 23.