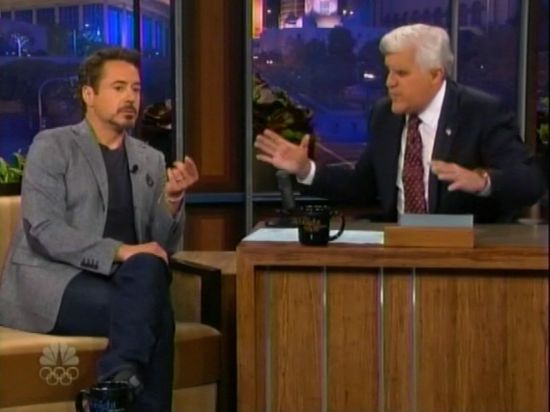 On Thursday night's Tonight Show, Robert Downey Jr. appeared to promote The Avengers. To kick things off, Jay Leno quizzed Downey Jr. about his new baby, who is named Exton. Downey Jr. teased that he would get in trouble with his wife if he showed a picture of the baby, but then he let Leno show a couple pictures anyway. 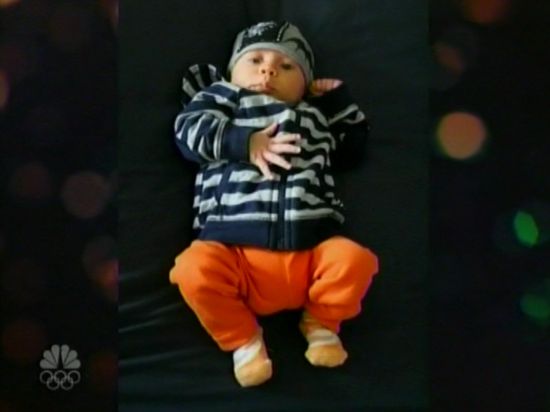 In regards to The Avengers, Leno asked who the most powerful was of all the superheroes. Downey Jr. said, "Obviously the Hulk is really big. We've got Mark Ruffalo who is very attractive. Green or not green, he's just a heck of a guy." After showing a picture of Downey Jr. in his Iron Man suit, Leno asked if there were any rules to wearing the suit, such as when he has to go to the bathroom. Downey Jr. said, "Yes, so you say, I have to go to the bathroom, and I'm doing it now… and finished, rolling." Leno also asked how long it took to get into the suit. Downey Jr. explained, "It's gotten easier and easier as we go from film to film, because I become more and more famous. And more influence and more crabby and also they keep improving the technology." Downey Jr. also added, "Now, we have a very flexible suit for the next Iron Man movie, which will be Iron Man 3."