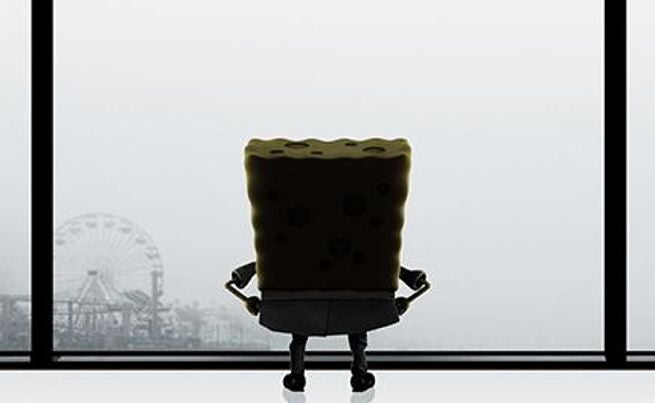 Did SpongeBob go too far? That's what some fans on social media think. As part of their campaign to promote The SpongeBob Movie: Sponge Out Of Water, the official SpongeBob Movie twitter account tweeted our various mock movie posters based on movies that ran ads during the Super Bowl.

The first couple posters parodied Jurassic World and Terminator: Genisys. However, another movie poster parodied 50 Shades of Grey as 50 Shades of Yellow. The poster featured the tagline, "Mr. Squarepants will see you now." 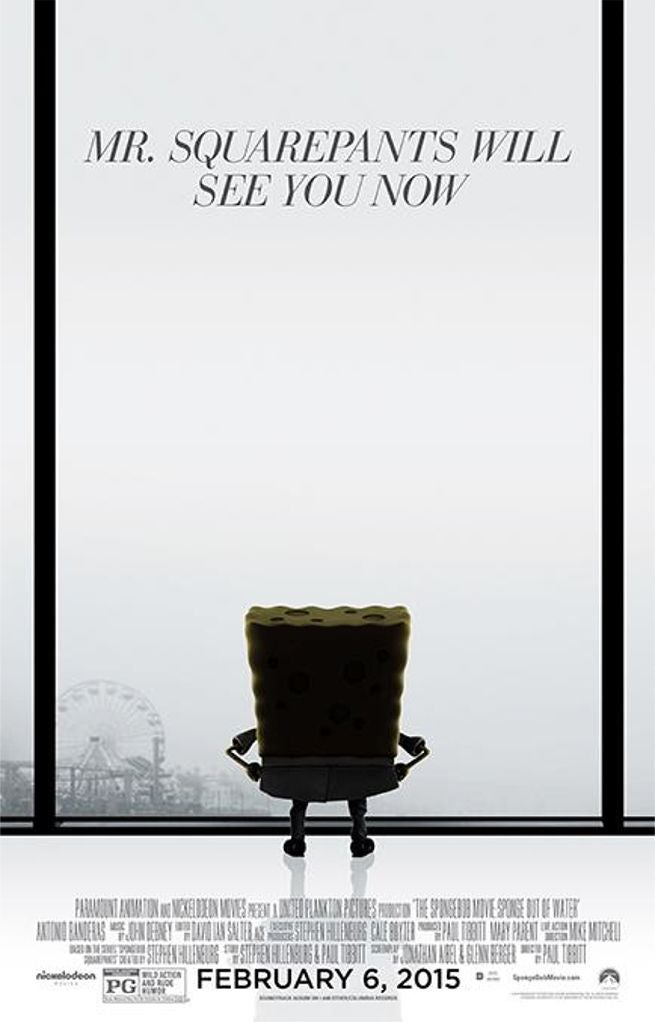 While some fans found the parody poster on Twitter to be hilarious, other fans expressed dismay that SpongeBob would do a spoof poster for a movie that is not a kid-friendly movie in any form or fashion.

Sponge with me if you wanna live! #SuperBowl #SpongeBobMovie pic.twitter.com/02p8vjkLQr