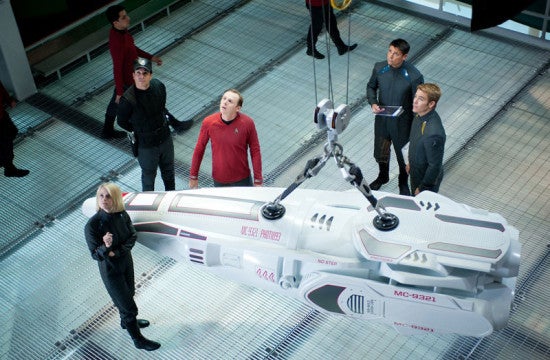 The third and as-yet-untitled installment of the J.J. Abrams-produced Star Trek reboot is still expected to come in 2016, but unlike the first two, neither Abrams nor his frequent partner Damon Lindelof will have a hand in writing the script, it seems. That job will fall to Star Trek and Star Trek Into Darkness co-writer Roberto Orci, joined by J.D. Payne and Patrick McKay, says The Hollywood Reporter. The pair worked with Abrams on a script adapting Boilerplate, Paul Guinan and Anina Bennett's graphic novel which Abrams hopes to produce as a film. As yet, Star Trek 3 has no director; J.J. Abrams will not be able to do it since he's working on Disney's competing sci-fi sequel Star Wars Episode VII, although he will remain involved as a producer on at least one more Trek. Joe Cornish, who directed Attack the Block, is rumored to be a favorite of both Paramount Pictures and Abrams himself. In a recent interview, Abrams acknowledged publicly that he loved Cornish's work and would love to see him involved. Cornish, too, has some obligations to Disney on the side; he co-wrote Edgar Wright's Ant-Man script, which will be released as a feature film in 2015.