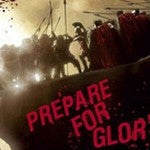 It was about a year and a half ago when Pete Travis's Dredd was announced as an R-rated movie, and we thought, "Well, what were some of the best R-rated comic book movies ever made?" We put together a list and, as you'd expect, our readers had quite a bit of feedback for us. Between reader suggestions and the films that have come into play in between, I'd been kicking around the idea of making a new list for a while--but it wasn't until Kick-Ass 2 debuted in theaters this weekend that I decided it was time to really take another swing at this list. While I still have a soft spot for Ghost World and American Splendor, our readers roundly rejected the idea that they belonged on the list, being that they were such radically different films (small, quiet and with a totally different sensibility) than the bombastic action that fills most of the movies on the list. We'll have to agree to disagree, but for the purposes of the list, I'll leave them off. This time. 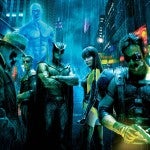 5. 300/Watchmen These were far and away the most popularly-requested additions by our readers. They're also hugely controversial, drawing jeers in the Facebook comments not just when people suggested them for this list but also more or less anytime they come up. There are a lot of people out there who don't like Zack Snyder's approach to these films. But the approach is what has them paired together, rather than us trying to decide which of the two should be on the list. I've always thought that Watchmen was hugely underappreciated and unfairly maligned, but didn't care much for 300--which, to me, suffered from the fact that I was never all that interested in Frank Miller's graphic novel. Many other viewers, though, will point out that most of what Snyder did right in Watchmen from a filmmaking perspective is just stuff that he'd already done on 300 and copied. That's arguably a fair point.

4. Kick-Ass One major objection that many fans have to Mark Millar's work is that it's sometimes not clear whether he's engaging in satire or just being a destructive jerk. Kick-Ass not only took some of that criticism but arguably, with the crass title and vulgar character names, is a perfect case study for exactly what Millar does that doesn't connect to a mainstream audience. At the same time, it's a great case study for what Millar does well. The plot, the action and the characterizations were all strong. It's sometimes hard to get into a story where the characters are all kind of over-the-top and unlikable...but that's how teenagers are. 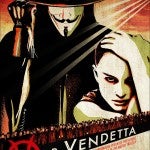 3. V for Vendetta In spite of Alan Moore's repeated objections, the shady ethical nature of the Watchmen and V for Vendetta deals and the fact that many comic book fans deride this adaptation for not being slavish enough to the source material, it was a fantastically entertaining film in its own right, which returned leading lady Natalie Portman to respectability in geek circles following her cardboard performance in the Star Wars prequels. V For Vendetta stood out among its fellow Alan Moore adaptations League of Extraordinary Gentlemen, Constantine, From Hell and Watchmen as clearly the best of the bunch, and the one most likely to have a lasting impact on popular entertainment. Years after the film was released, for instance, you can still walk into a costume shop and get V for Vendetta-branded costumes. Want to try that with LXG? It also brought Moore's work into the mainstream outside of comics in a big way and set the stage for things like Occupy Wall Street and Anonymous adopting the Guy Fawkes mask. 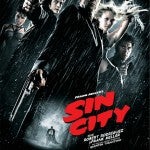 2. Sin City Featuring the best use of comic book tropes onscreen in the history of filmmaking, Sin City's ultra-violent, ultra-stylized look and feel made it an immediate cult sensation and brought moviegoers into the bookstores hoping to get a deeper look into Frank Miller's mad genius. Directed by Miller and El Mariachi maestro Robert Rodriguez, and featuring uniformly amazing performances by its large cast, Sin City pushed at the boundaries of how a comic book film is perceived. Stark, smart and sexy, Sin City is the kind of film that could have found a life for itself relying on the story and acting alone, but the way they integrated Frank Miller's work into the film took it to the next level. With a sequel coming up next year, the real question of Sin City will be whether the second film will taint the first one in any way. As a follow-up to one of the great comic book adaptations of all time, it faces a number of challenges: neither Miller or Rodriguez are performing at the level today that they were in 2005, when the first film happened; and while the first movie came as something of a bolt out of the blue, the second will be not only anticipated but will be met with expectations by a large audience that may be difficult to meet. 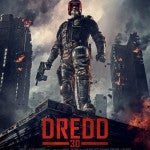 1. Dredd 3D In the days after the film's release, my first thought was that this was the most fun I'd ever had in a comic book movie. That might still be true, and it might--if this were my personal list--even be a "best comic book movie ever." There was a temptation to rewrite this list in the moment, crowning Dredd the #1 of something because I was in love, but I held off, knowing that sometimes you can get out of a movie and think "that was the greatest thing I've ever seen," only to discover it doesn't hold up on second viewing, or doesn't hold up on home video without an enthusiastic crowd, or..., or..., or. Not so with Dredd. The performances are absolutely top-notch, with Karl Urban completely disappearing into the role, and not just because he did the right thing and refused to take off the helmet.  Lena Headey is a great villain, both more powerful and more believable than she was as the King's wife in 300 (a role she'll reprise next year), only to be outdone in the "bad-ass pretty lady" department by Olivia Thirlby, who was so good, and whose character was so compelling, she would have stolen the show from just about anybody but Urban. It was also beautifully shot. It looked like a massive film, like something done on a budget two or three times what it was made for. There were a few scenes where the visuals were a bit underwhelming, and it draws some unfavorable comparisons to The Raid since the structure is so similar, but really, it was a movie that made you wonder why Travis wasn't fielding the biggest job offers in the business and what the heck other directors DO with all that money. This movie is a cult classic, and it's the kind of film that deserves a sequel. Urban and the fans are still working on making that happen, but even if it doesn't get one, those who love it will at least know that  a great movie without a sequel is better than getting a Speed 2 or Batman & Robin.