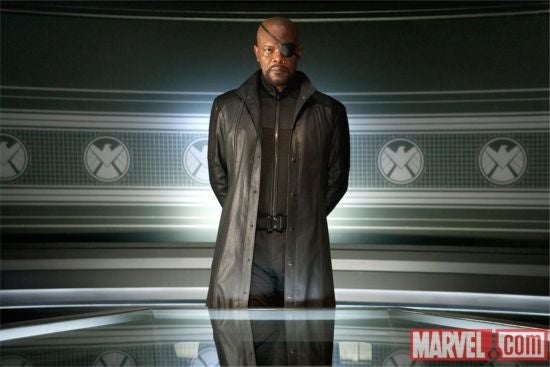 Marvel Studios has built four strong franchises in Iron Man, Captain America, Thor, and The Avengers. The big question is "Where will Marvel Studios go next?" Will Marvel spin off Black Widow or Hawkeye into their own movie? Will Marvel give the Hulk another shot? Or will they attempt to launch a new franchise that doesn't connect so directly with The Avengers? We've compiled a list of the top five comic book movies that we think Marvel Studios will make next. 5. Luke Cage – There have been several big name actors to express interest in playing Luke Cage on film. It's one of those movies where there is so much interest among star actors that it's bound to get made eventually. The big question is not if it will ever become a Marvel Studios movie, but when it will become a Marvel Studios movie. We haven't heard much buzz that it's happening anytime soon, but give it time. 4. Prince Namor The Sub-Mariner – One of Marvel's oldest characters, and one that they apparently still hold the movie rights to. Marvel Studios has been very tight-lipped about any possibility of a Sub-Mariner movie, but they've been dropping hints of Atlantis in their various movies. We see the Sub-Mariner as a character that they might introduce first in another film to test the waters, but then again, they might also have him debut in his own movie. 3. Ant Man – It's almost a given that there will be an Avengers sequel, but to make it interesting Marvel Studios will want to shake things up a little bit with some new team members. An Ant Man movie has been rumored for awhile now, and once Avengers becomes the homerun that everyone knows it will be, then it will give Marvel Studios the confidence to start moving forward with films featuring new Avengers team members. 2. Dr. Strange – One thing that should be appealing to Marvel Studios about Dr. Strange is that it would give them an opportunity to do something with a different type of superhero. With most of Dr. Strange's power being magic based, it could translate into some surreal imagery on film. Whether Marvel Studios actually moves forward with a Dr. Strange movie probably depends on if they can find the right actor to star in it. If someone like Johnny Depp were to express serious interest, then a Dr. Strange movie would likely get put on the fast track. 1. Nick Fury – Samuel L. Jackson didn't sign a nine picture deal with Marvel Studios so he could play second fiddle to all of The Avengers. We're pretty sure that Marvel Studios promised Mr. Jackson a feature movie all his own if he played ball in the rest of the movies. Plus, Nick Fury gives Marvel Studios the chance to prove they don't always have to rely on just superhero movies.