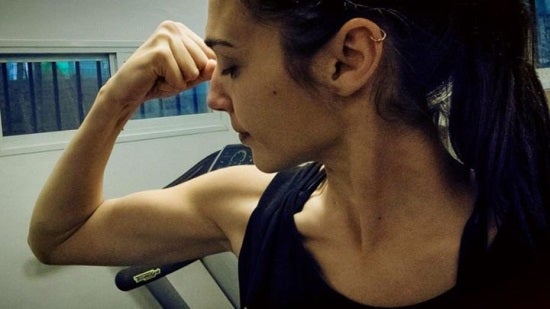 Actress Gal Gadot has posted a photo to her Facebook page showing off the muscles she is building during training for Batman vs. Superman. The model/actress has been cast in the role of Wonder Woman in Batman vs. Superman, and many fans have complained that her build is too slight to play the Amazon princess. Gadot seems to be trying to change that opininon. The photo was posted with a status line from Gadot that reads, "There's nothing like a good workout in the morning.. Love it! You?" So what do you think? Will she silence the doubters? Batman vs. Superman is scheduled to hit theaters May 6, 2016.