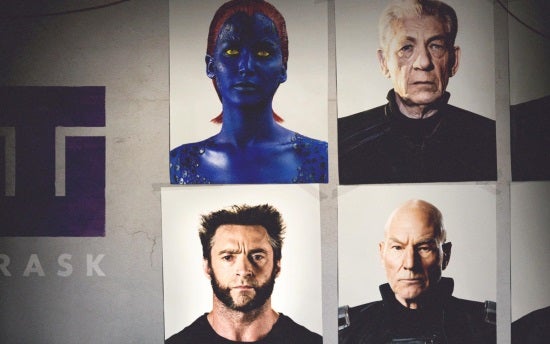 A new website tying into X-Men: Days of Future Past, 25Moments.com, has gone live. The website chronicles 25 key moments in the history of human-mutant relations that lead to the dystopian future of 2018 seen in X-Men: Days of Future Past. The site cleverly blends actual history with the fictional history of the film. In 1963, for example, Magneto is implicated in the assassination of President John F. Kennedy, and a photo taken after the Chernobyl incident of 1986 shows an infant with steel skin like that of Colossus. Other highlights include the founding of the Xavier School for Gifted Youngsters in 1965, Pietro Maximoff's breaking of Olympic world records causing controversy in 1977, and the mob murder of Beast in 2015. It's a pretty cool bit of viral marketing that will get you interested in the film's world before it hits theaters. A 25 Moments debut video was also released and is embedded below. The ultimate X-Men ensemble fights a war for the survival of the species across two time periods in X-Men: Days of Future Past. The characters from the original X-Men film trilogy join forces with their younger selves from X-Men: First Class in an epic battle that must change the past - to save our future. X-Men: Days of Future Past comes to theaters May 23.