With Batman #41, Detective Comics #41, and Batman/Superman #21 out this week, there's little doubt that many readers saw DC Comics' new Batsuit in action. And while the "BatChappie" armor featured enough wonderful toys and gadgets to make Iron Man jealous, it was never clear as to how the suit could perform its feats.

Fortunately, DC Comics was able to cover what the comics couldn't with an official blueprint of the Gotham City Police Department-sanctioned Batsuit. In the detailed schematics, DC broke down every nook, cranny, and rabbit ear (or rather, audio input/decibel defense). It helps put a little more sense into Jim Gordon's bat-duds, in that comic book pseudo-science kind of way. DC also released a physical copy of the blueprints as a freebie to participating comics retailers. If you hustle to you local comic shop now, you might be able to snag one. Or, just take a look below. 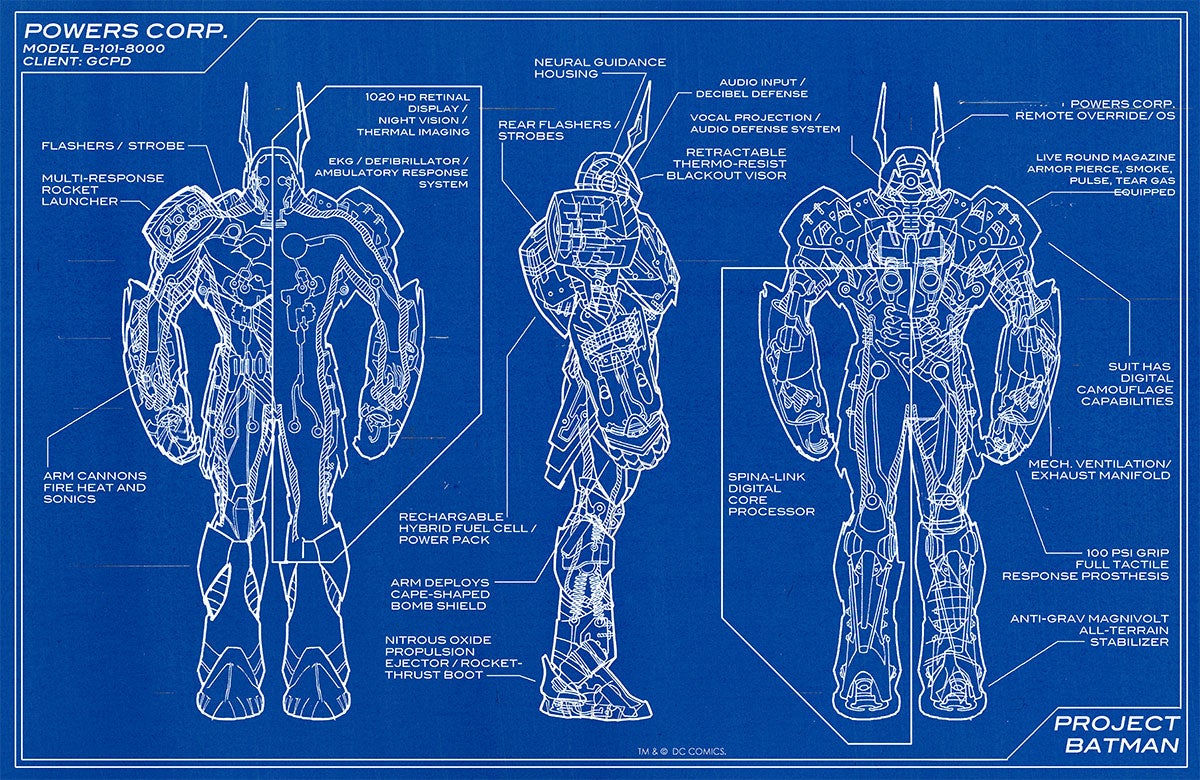 Are you a fan of the new Batsuit? Let us know in the comments below.