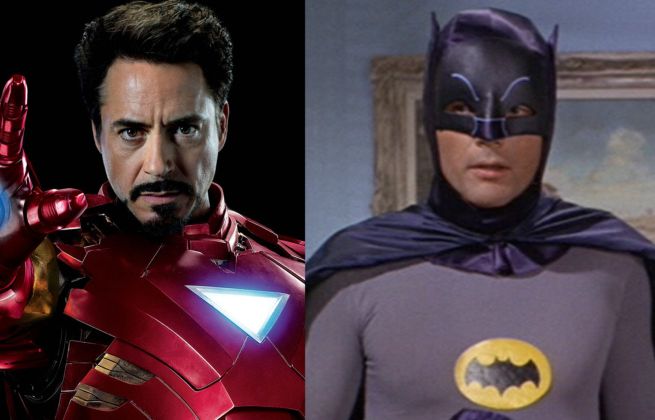 In an interview with Bloomberg discussing the DVD release of the 1960s Batman television series, former star Adam West was asked his thoughts on current day actors who are being offered multi-million dollar pay packages to play superheroes like Iron Man.

“Yes, I was struck. I was struck in the heart,” West joked. “It just hurts. Um you know I think if they can get that kind of pay, they wouldn’t be getting it unless they brought in people to buy tickets. I think it's all kind of....there’s a balance there.”

The actor added that while he was paid very well when he did the Batman feature, neither he or his peers were being offered that kind of money during that time period.

West can regularly be found on The Family Guy where he portrays Mayor West. The Batman series is available now on DVD and Blu Ray.