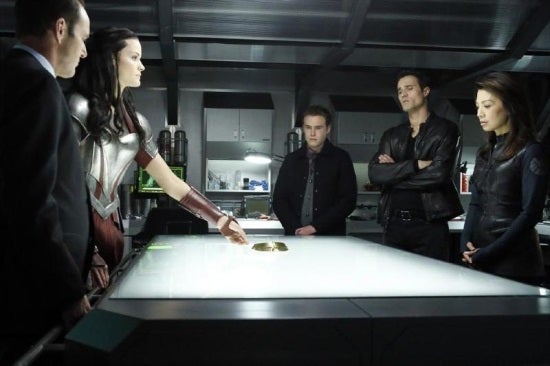 In a pair of clips recently released in support of Tuesday's episode, Marvel's Agents of S.H.I.E.L.D. brings Sif and Lorelei to Midgard, each with her own (and contradictory) mission. The special effects budget is through the roof this week as Sif shows up in a VFX spectacular, While Lorelei does what she does best and starts pushing men around. "Yes Men" – When Coulson and his team are attacked by Lorelei–a deadly seductress who escaped from Asgard–Thor's Lady Sif, her longtime nemesis, steps in to try to save them, on "Marvel's Agents of S.H.I.E.L.D.," Tuesday, March 11 (8:00-9:00 p.m., ET) on the ABC Television Network.