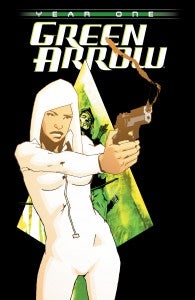 and X2: X-Men United star China White will star in CW's Arrow as China White, Warner Brothers Television revealed today at San Diego Comic-Con International. The character, who first appeared and was a featured character in Green Arrow: Year One, is described in a press release as "a South Pacific drug cartel leader who Oliver Queen encounters during his five years marooned on a remote island." Arrow is heavily influenced by Year One, which was written by Andy Diggle with art by Jock. Hu, who starred on The Vampire Diaries for three years, also plays a number of roles on Young Justice, the DC Nation animated series that features an update on the "Teen Titans" concept of a younger Justice League. Among others, Warner lists her credits as Cheshire and Paula Crock.

Arrow Gets a Villain: Kelly Hu as China White