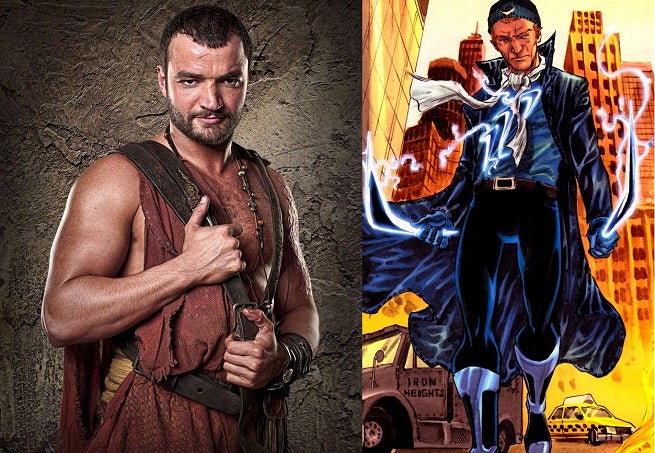 In the comics, Harkness has also been associated with the Suicide Squad, which of course will be under the purview of Lyla Michaels, who will be in charge of A.R.G.U.S. this season on Arrow. In the series, the character will reportedly be a former A.R.G.U.S operative, highly skilled in martial arts and espionage, with a deadly thirst for vengeance against his former employers.

The character will be introduced in the seventh episode of the season, and then carry over into the eighth episode, in which he'll likely face The Flash, who crosses over into Starling City.

Arrow has previously recruited Spartacus veterans Cynthia Addai-Robinson as Harkness's former employer Amanda Waller; Manu Bennett as Slade Wilson/Deathstroke; and Katrina Law as Nyssa Raatko (al Ghul). Ironically, producers have said that Law was at one point in the running to play Shado (a role that went to Celina Jade) because they were concerned about too many Spartacus actors appearing onscreen together.

Arrow Gets Yet Another Spartacus Veteran -- This Time as Captain Boomerang