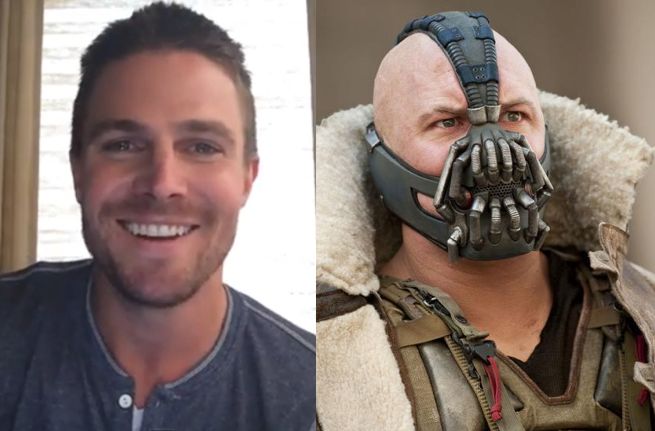 If there wasn't a reason before to have Arrow's Stephan Amell host Saturday Night Live, there is a reason now. During a 50th episode Q&A posted on YouTube and Facebook, Amell revealed, "David [Ramsey] and I generally have a themed joke for the year. The first year David and I had this Saturday Night Live bit, where he would play Christopher Nolan and I would play Tom Hardy showing off the Bane voice for the first time. And then it became Bane sings show tunes."

Amell added, "If I ever host SNL, it's the very first thing that I'm going to pitch. They're going to be like, 'Do you do impressions?' Yes, yes, I do Bane singing Bobby Darin. And we'll see how that goes. And I'm not doing it now, just in case I get to do it on that show."

Another highlight from the video included Amell revealing what Marvel villain that he would like to transfer to the Arrow universe. Without hesitation, Amell decisively answered, "Loki." Check out the full video below.