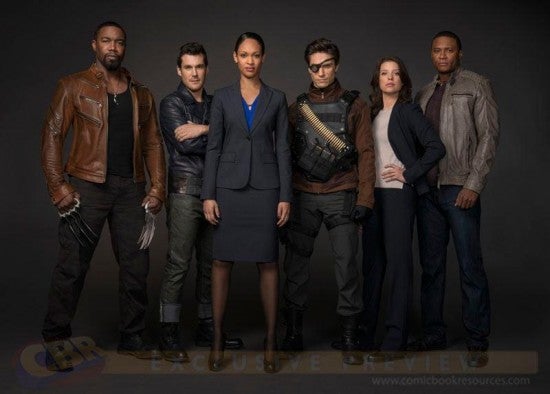 In a new interview with TVLine, Arrow's David Ramsey (who plays John Diggle in the DC Comics adaptation) teased that the Diggle-and-Lyla-centric episode titled "Suicide Squad" will set up bigger things for the Squad--and inform the season finale in a big way. According to a Q&A with members of the cast, "Suicide Squad," set to air March 19, is "all me, all day, 24 hours - a whole hour of Diggle," Ramsey joked. TVLine reports that in addition to flashing back to one of Diggle's war stories (one, in fact, that Diggle referenced during Season 1), "There's a bigger story with the Suicide Squad and ... their involvement perhaps with Team Arrow in the future. There's a lot of set-up for the season finale.... Big stuff." The episode teams Diggle and Lyla Michaels (an A.R.G.U.S. agent named for the DC Comics character Harbinger) with Deadshot, Shrapnel and Bronze Tiger under the leadership of Amanda Waller. A previous mission to Moscow had send Oliver and Felicity along with Diggle to rescue Michaels and Deadshot, but it seems as though the upcoming episode is more Diggle-centric than that. In fact, as series star Stephen Amell has been excitedly telling people, there have been a number of stand-alone episodes this year that have focused on other members of the ensemble besides Oliver. Much of the last few weeks have revolved around the Lance family, for instance, as Laurel is being disbarred and Sara has returned from the "dead." The "Suicide Squad" episode will be co-written by longtime Smallville and Batgirl script Bryan Q. Miller.