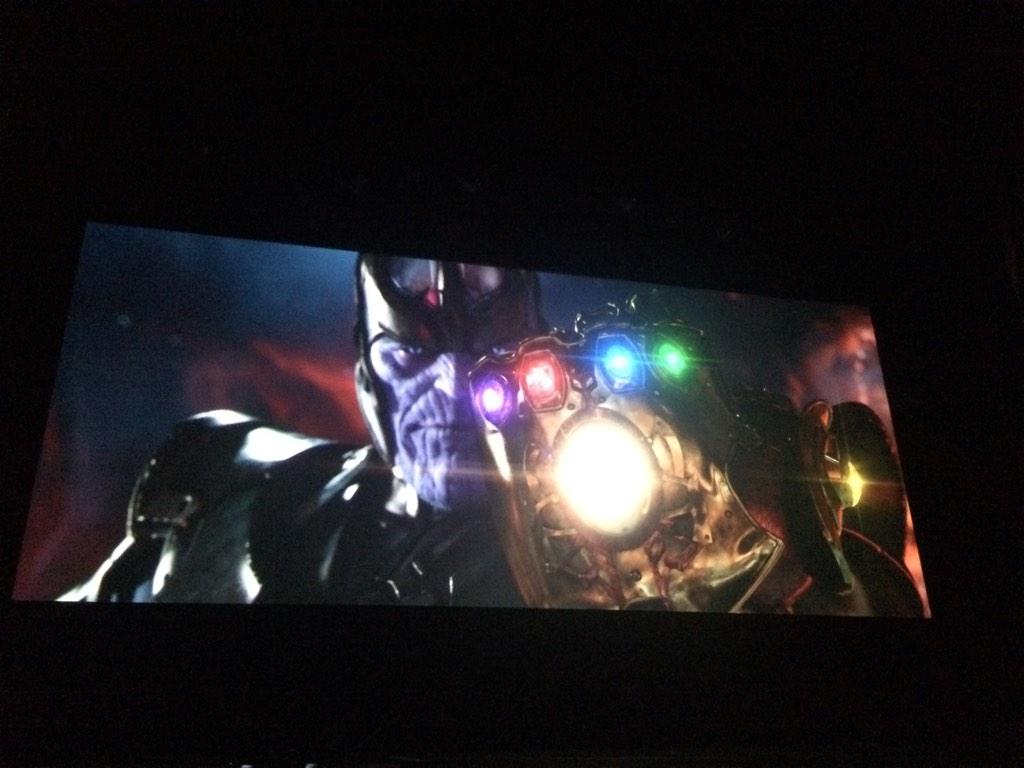 Then, the video shows the Infinity Gauntlet slowly moving backwards to reveal Thanos' face. The video then fades away from Thanos to reveal the Marvel Avengers: Infinity War logo.

Infinity War is based on the classic Marvel Comics stories that begin with the Infinity Gauntlet event. Thanos first appeared in the after-credits scene of the Avengers, and the made a brief appearance in Guardians of the Galaxy, played by Josh Brolin.