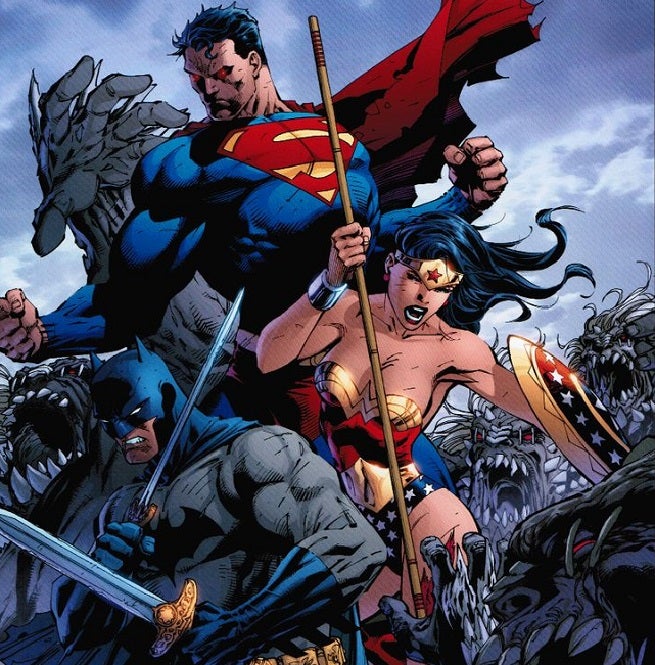 In a new report that doubts earlier rumors of the movie being split into two parts, Badass Digest's Devin Faraci strongly suggests that he's read the Batman V Superman: Dawn of Justice script, and drops a few bombs about its contents.

There's so much action in the second half [of the film] as Batman, Superman and Wonder Woman battle Doomsday in Metropolis and Gotham that you'd end up with two very, very lopsided movies [if they were cut in half]....

There's one more thing about this, and it could be a small spoiler: Ray Fisher, who plays Cyborg, said he only had scenes with Ben Affleck. I'm pretty sure Cyborg is only in this movie as a cameo, and that's at the very, very end as Batman assembles the Justice League.

The Doomsday rumors seem pervasive, and coming from someone who says they've read the script it seems like they might be true -- but that raises all sorts of questions. It seems both unlikely and ill-advised that Superman would die so soon after Man of Steel in the films, and if he doesn't, the question then becomes...why Doomsday?

Back when they were talking about Bane in The Dark Knight Rises, a source close to the Nolans memorably said that Bane was going to do "what he was built to do" -- that is, to break Batman's back. Doomsday was created to be the monster that killed Superman, and it seems bizarre to introduce him without using that memorable element.

Batman V Superman: Dawn of Justice hits theaters in March of next year.

Jujutsu Kaisen: What We Know About Megumi's Sister, Tsumiki

Artemis II: Here's Who May Be on NASA's Next Mission to Deep Space