Writer Ryan Ferrier and artist Devaki Neogi are bringing a new series to BOOM! Studios in February, inspired by films like The Warriors, The Wanderers and Streets of Fire -- and ComicBook.com has an exclusive sneak peek at Curb Stomp right here.

The image below, featuring gang member Daisy Chain, is one of five teaser images going out to different comics news sites. Each teaser is of a different member of a girl gang called The Fever, who are the focus of the story.

Curb Stomp is a four-issue miniseries coming from BOOM! Studios in February; more details, then, are likely to hit in the next couple of weeks as the publisher's February 2015 solicitations are released.

Described as "a violent, bloody story about an all-female gang called The Fever trying to protect their turf," its connection to The Warriors in particular is pretty evident in the caption at the top of Daisy Chain's pinup...! 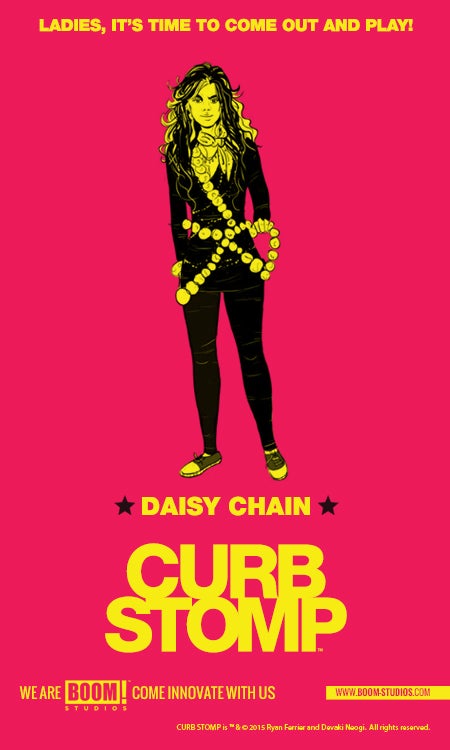 Ferrier is best known for his work on Monkeybrain Comics' D4ve, while Naogi worked on Mumbai Confidential at Archaia with writer Saurav Mohapatra -- a title ComicBook.com's review called "a slick, pulpy thrill."