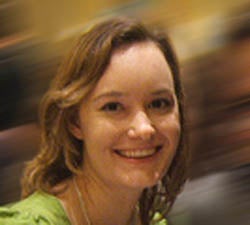 Indie Comics Magazine has announced that they will have their first female contributor in their third issue. According to Editor Gary Scott Beatty, Carolyn Belefski will contribute a story based on characters from her popular Curls webcomic. Carolyn Belefski was nominated for Friends of Lulu's 2010 Kim Yale Award for Most Talented Newcomer. "We're excited to land one of the hardest working and most talented women in independent comics today," said Beatty. In addition to the Curls webcomic that she posts every Monday and Thursday, Belefski also does a podcast each Tuesday called The Carolyn and Joe Show. Some of her past comic book experience includes collaborations with writer Joe Carabeo on Kid Roxy, Black Magic Tales and The Legettes. Belefski's illustrations have also appeared in USA Weekend Magazine. Indie Comics Magazine is 64 pages of story and art from today's independent comic book creators. Indie Comics Magazine #3, scheduled for preorder in Diamond Comic Distributors' August 2011 Previews catalog.